Bogbrush is inordinately concerned about this run. “What sort of run do you want?” he asked plaintively. “I almost killed them when I set that ball-breaker on Tai Mo Shan last time. I don’t want to harm their delicate physiques.” 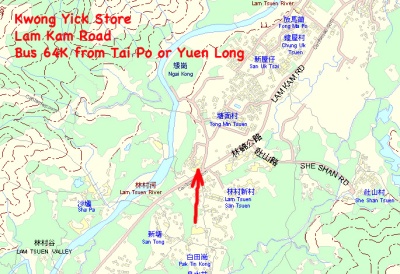 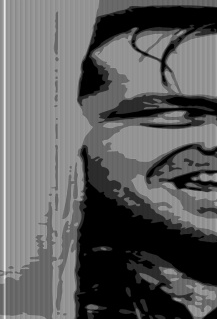 Mystery Dialogue
Cock of the South
For the second week running the run report has not materialized. In its absence we bring you snippets of dialogue culled from the internets and the daipaidongs.
G-Spot
I thought the mystery hare might be Why So Syria, but when I arrived I saw Serbian Bomber beaming like some sort of crazed Jack Nicholson and all the cars trying to reverse away in a mad panic.
[Run happens. Runners climb a never-ending steep trail up and up and up until, hundreds of metres skywards, a ridge is encountered. Then it’s down, down, down and back to the start. Accusations of short-cutting and long-cutting are bandied about thick and fast while the mystery hare grins demonically.]
Serbian Bomber
Hmmmmm…. [puts on sensible voice] Here is Plod’s corrected map using yellow to show where the rest of the runners went on the real trail – clear evidence of flagrant short-cutting by the GM. For the sake of completeness I have added in One-Eyed Jack’s marathonesque extension in red. 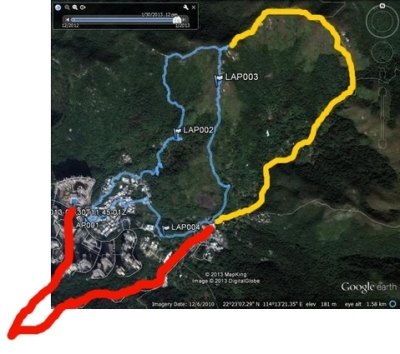 Gunpowder Plod
Obviously incumbent GMs have God-given short-cutting talent which is taken away when leaving office.
Serbian Bomber
WOW – did you shortcut or what?!?
I’ve used yellow to show the loop of trail you missed.
Serbian Bomber
No opinion from the RA?
What is this? Some police cover-up? What piscene dodgy dealings has the RA been doing that Plod is now using to exert leverage? Come to that, where has the run report disappeared to? I feel a conspiracy theory coming on.
Mango Groove
You lot going around with your GPS devices that draw red and yellow lines over our lovely hills are damaging our environment.  I cannot take my fish out for a walk now cos everywhere I look there are thick red lines annotated with LAP1, LAP2 etc, and then if that wasn’t enough others come along and draw thick frigging yellow lines over the red ones and then extend such lines just for added effect. Personally I have no idea where we went, it was dark, and I couldn’t see those red lines drawn by Plod, nor the yellow ones drawn by Serbian Bomber, instead I followed chalk, flour and toilet paper which seemed to do the trick.
ps Anyone know where I can get one of those GPS watch thingies, I want to use it when I’m on the train.
Salesman
Dingaling short cut for sure. I was ahead of him going up to the ridge and then when we came down he was standing there on the bridge with his dog, not puffed or anything. A screwed-on cert. [Points and screams] Short-cutter!
Stingray
And so to Bomber’s bombshell ….
Dingaling notches up his first serious points of the campaign
Eunuch and Salesman show they are up for the challenge
Directionally challenged One-Eyed Jack snaps up last place