Next run: Chris Higgins (to be confirmed)
The hareline


Run 1572
The Key to Something or Other
By Golden Balls

I arrived early to find Velcro Lips flapping about with half the contents of her car littering the pavement and Tooth Hurty looking bemused. “We never see this on the Kowloon Hash,” he proclaimed self-righteously, “we’re gay and we’re proud!” I wondered idly why Velcro seemed to be getting her camping equipment out – pots, burners, gas canisters – but then the convoy arrived: Moonie; Eunuch and Mango Groove; Gunpowder Plod and Serbian Bomber; One-Eyed Jack; Dingaling and Sam; Dram; Luk Sup Gow; Salesman. A fine turn-out at the top of Sui Wo Road and an equally fine view from the pagoda out across the valley and down to the skyscapers of Sha Tin. But where was the hare?

Eventually G-Spot arrived looking suspiciously clean and claiming to have got lost. Like last week, there were apparently competing marks out there and we were to ignore them. We’d run these faithful old trails several times before so there wouldn’t be any surprises. “It’ll be deja vu all over again,” he quipped before setting us off.

First check was on the roundabout next to the start, which everybody except Serbian Bomber ignored as we headed out to the junction where all knew we had to turn sharp left and into the trails. Almost immediately a rambo-wimp split, with the rambos heading down steps towards Sha Tin and the wimps carrying on towards Needle Hill. The split had divided the pack 50-50, but five minutes later the trails converged and on up we went. And up. And up. And up. From my vantage point at the rear I could see a group of torches half way up the hill and hear the usual raucous bellowing and insults, and far, far ahead, at the top, the solitary pinprick of light that had to be Moonie. This was the last we were to see of him until long after we’d all finished.

I finally crested the top of the hill only to be bamboozled off the path by a charging Velco Lips muttering something about wrong markings, shiggy, neckie, and going back! The long ascent led to a delightful stretch of ridge running long descent on horrible newly laid crazy-paving steps. Why do the authorities think we want our trails paved? I fell into lockstep with Serbian Bomber and down we went. And down. And down. And down. Dram was caught and so three of us fell into a tidy group, so far behind the pack we could no longer hear them calling. We hit the checkback that Moonie had run straight past as he ballsed up the entire run from the top of the hill. Some great shiggy trails, then down to a stream bed and the second rambo-wimp split, with the rambos going right in the direction of Sha Tin and the wimps crossing the stream. I solved a tricky non-check on the way up to the ridge and never saw Dram or Serbian Bomber again, motoring home to find Eunuch and Mango Groove (rambos) and Dingaling and One Eyed Jack (wimps) already at the pagoda, along with All The Way and a besuited Desperate Dan, and perennial non-runner LSG. And there was Velcro Lips, carving bread and brewing up a chicken curry with her camping kit.

Meanwhile it turned out the rambo trail had gone right down to the Sha Tin temples and back up via another stiff climb. The rest trickled in: Tooth Hurty (rambo), Dram, Serbian Bomber, Gunpowder Plod (rambo), Salesman (rambo). Still no sign of Moonie. Hmmm. But then he arrived making guttural Mancunian noises with a tale of woe about screwing up all the checks. If the courting couples meekly trying to claim romantic real estate at the pagoda for a snog and fumble hadn’t had enough by now, they certainly had when Moonie arrived – and that was even before he did his “thing”.

Mango went back to Eunuch’s car to get his bag and I suggested he get mine while he was at it, but he forgot. Being the stalwart chap he is, he went back specially to get my bag and returned with Eunuch’s, and when I called him a dozy git he thrust the keys at me and said “Go and get it yourself you lazy batty boy.” Then it was the circle.

The usual rowdiness and crackling wit ensued as Plod valiantly struggled to keep control. On the periphery, Mango and Eunuch could be seen rooting around looking worried. Evidently Mango had lost Eunuch’s car keys. I pushed them deeper into my pocket as first one then the other went off on a key-locating exercise, before the keys mysteriously reappeared precisely where Mango had been standing. “I must be getting Alzheimers,” Mango reflected when he miraculously found them. Too right!

And so bread was chomped, curry consumed, salad (a choice of with or without coriander!) sucked, beer necked and the evening ended in the characteristic blur of energy, irreverence and pandemonium that typified another great night on the Northern New Territories. 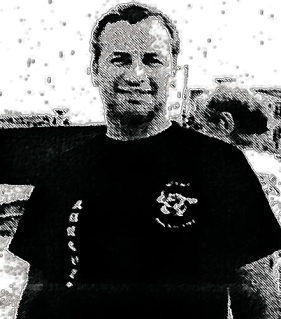 At the end of the circle the pack stood as one and raised their tinnies to Hughiee, who passed away on this day (March 13) one year ago.

Hughiee – Phil Quy – was a committed hasher and a regular on Shek Kong and Northern New Territories hashes before leaving these shores. He kept in touch and returned to run with Shek Kong from time to time, his most infamous appearance being when Shek Kong were banned from Leafy Glade after he’d hared a run and then dashed off to the airport while we were on trail. He was of course ignorant of the fact that the circle was not to be held at Leafy Glade (no daipaidong run as the accounts were in the red) and told Leafy to get loads of beer in – which they did, and when we didn’t turn up to buy it they told us never to darken their doors again. The exile to Wishing Tree lasted three years.

Hughiee was a great hash historian and kept up a regular correspodence with Tumbling Bill Panton of the KL mother hash. Tumbling Bill was particularly interested in Hughiee’s unearthing of an RAF serviceman who in an email said he had hashed in Shek Kong in the 60s. If corroborated, it would have rewritten the Hong Kong hash history book, but alas now we will never know. You can read his history of the Shek Kong and Northern New Territories hashes here (this was written before his contact with the RAF man, recorded here).

Above all, Hughiee was a great bloke who cared deeply about the hash and the friends he made there. He is sorely missed. Our continued condolences go out to his wife, Ann (Garouper).