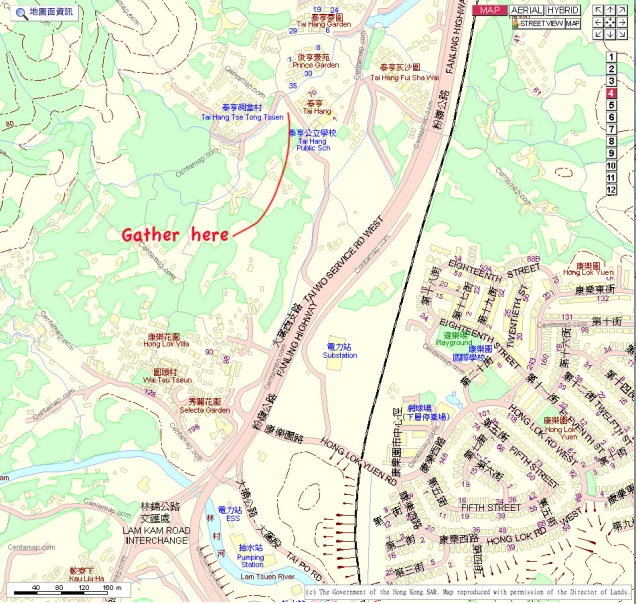 The run is an A to B. Make your way to the sitting out area/small park in front of the temple  where I set a run from, about a month ago. Then it will be load up in one or two cars, depending on numbers, and off to the start. Run distance is approximately 7.5 km. It is well within the capabilities of all N2TH3 runners although there is a bit of shiggy. Obviously, NO wimps/rambos split. If I get stuck, I may have to live hare. Shortcut at your own risk!!! (You have been warned…….. OEJ) If you are thinking of shortcutting because you “KNOW” where you are going, then please make sure you take some taxi fare!!!

Torches with good batteries are recommended. If you are squeamish about the shiggy, then you can wear leggings I suppose.

It will be marked with paper, flour and chalk. ALL white.

This is probably the last decent run of the year before we start the Crimbo festivities and some disappear to other places for the holidays. So lets have a bit of effort and complete the run.

Directions to the start. (Pick up point)

If driving, turn left at the Hong Lok Yuen junction. Stay on the Tai Wo Service Rd West, through the ‘dog-leg, past the bus stops on both sides and on for about 100mtrs then turn left. (When you turn left onto the service road, it is the 4th turning on the left. This map only shows 3 turnings to the left, but there are actually 4!). I will mark it in with chalk from this junction.

Both the 25A and 25B both go down this road from Tai Po, but you obviously need to get off the bus at this junction. 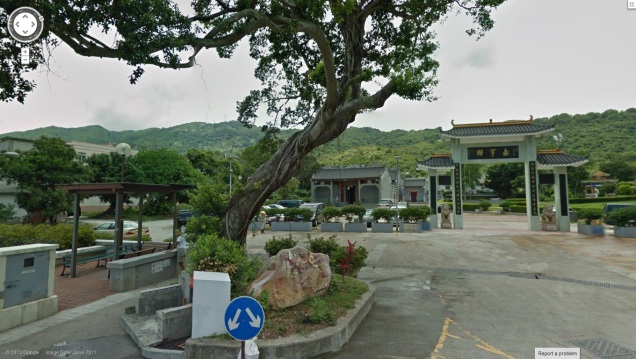 This is the sitting-out area in front of the temple thingy.

This is what you’ll see as the final post if you go to the old site. All the content from there has been migrated here, and there’s some other stuff besides.

The Northern New Territories Hash has moved to another site from 1 December 2013. 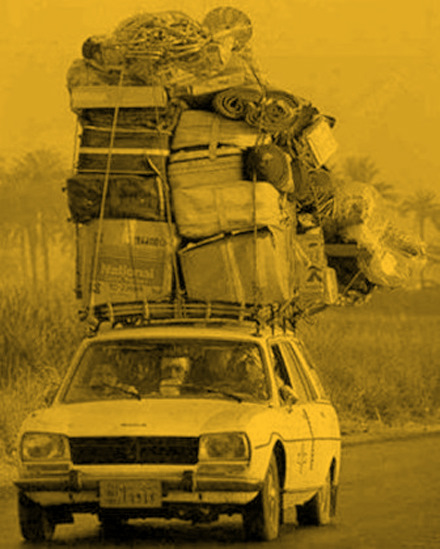 The Red Herring of the Pink Armadillo

This one wrote itself, or rather Serbian Bomber did. The flavour of the run was already apparent in this snippet of Moonie-Serbian Bomber dialogue from the internets prior to the run:

Do we need a climbing rope? Only if you want to shortcut.

Do we need absail equipment? Only if you want to shortcut.

Do we need spare batteries for the torch? Yes.

Is air-sea rescue on standby?? Yes. You should also bring bivvy bag, whistle, fishing line, signal flare, lucky rabbits foot or horseshoe, and a spare armadillo (Dasypodidae). Make sure you don’t bring the wrong kind of armadillo http://en.wikipedia.org/wiki/Pink_fairy_armadillo. No gays on the hash.

So it was that seven hashers set off from The Castello up the Siu Lek Yuen hill and after the obligatory village confusion we soon found our way onto a rough illegal pipeline path paralleling the river. Now this was the trickiest sort of shiggy, with the trail comprised of loose and outcropping rocks on an uneven surface, often hidden under a screen of knee-high bracken and brambles. Plenty of face-high poison oak too. The path rose and rose, and there was a cunning left turn up a scramble to more of the same before descending to the river bed and some rock-hopping. Around this point it started to rain. The terrain and conditions had taken their toll on the integrity of the pack, most of whom were now widely separated. Eventually trail went left, up and over the hill and back down into Siu Lek Yuen for a fine Northern trail that took in some stuff nobody had ever done before.

Hare Serbian Bomber, flushed with success and fresh from finishing his MBA, took up where he’d left off several months ago, spamming the emails with how he would have written the run report from the hare’s point of view if he’d been asked to. He claims would have written about:

I could also (he continues) write about the lack of GM, GM2, RA at the circle and how we survived the trauma of Moonie taking the lead with a host of down downs. I can’t remember the full catalog of offenses but down downs included:

But as Serbian wasn’t asked to do the run report we’ll never know. Meanwhile the red herring of the pink fairy armadillo must remain unexplained, but it’s a horrible little creature like some grotesque hybrid of rat and cockroach…do we need a new logo?

Hare says: The run will start from behind The Castello in Siu Lek Yuen Road. Take the turn to the left after The Castello. There is a pay car park and a free car park. I have a route and I’ve taken a day’s leave Wednesday to set it.

The Truth About Wilson

Only a few hashers turned up for One Eyed Jack’s run at Tai Po Tau, where the Wilson Trail starts going up Cloudy Hill, while two of the invalids – Golden Balls and Salesman – kept OEJ company at the start, thoughtfully consuming the beer which they knew would be bad for Eunuch, Mango Groove, Moonie and Stingray when they finished the run. At the off Moonie went straight up the Wilson Trail, but trail went off along the road towards Nethersole Hospital, and Moonie returned from his foray complaining that he was “not fancying it”. Nevertheless he caught the pack on the extreme shiggy ascent up through jungle to the Wilson Trail ridge and led them home as trail went off the ridge and down a shiggy descent. Eunuch and Mango came in from different directions having both short-cut, followed by Stingray. The considerateness of the non-runners in drinking the beer was noted with admiration, and one can only hope that such altruism, derived no doubt by association with the hermit-like aesthete and athlete of Hotspur fame, and namesake of the Wilson Trail, spreads to all who would wish our runners strong-limbed and sober.

Another exemplary hash trail from One Eyed Jacques.

The Most Revolting Downdown in the World 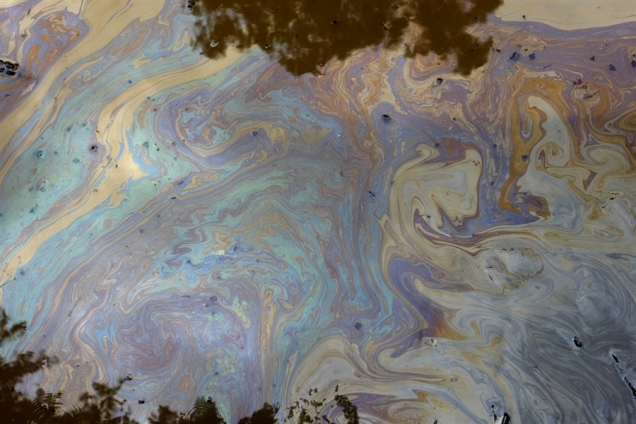 It was Golden Balls’ birthday and he’d announced sausages. He’d also set the run from San Tin football ground, a strangely deserted facility awash with floodlights but bizarrely lacking in changing rooms or toilets. It was a bit of a crib of a G-Spot run set for Shek Kong on St Patrick’s day, but with some new bits. He’d also enlisted the help of Jelly to set the run, citing a “chocolate leg”. And so the pack of about 10 set off while GB fried up the sausages…

…and Luk Sup Gow, G-Spot and Salesman (all injured) scooted off to Palm Springs to get beer and ice – yes, there’d been another N2TH3 brain fart and nobody had brought the eskies.

The pack went out along a wooded path, down through some farmland and past a gated compound into the hills. Some burnt hillside, a fixed-rope climb and the ridge that drops down into the PLA barracks were tackled before a paved stretch, and then trail doubled back into the old tank-track wastelands, now gone to weed and being fenced off by developers. Moonie and Eunuch were back in around 50 minutes and the rest of the pack, including the visiting Garoupa, not too long after that.

A short, entertaining circle was distinguished by the incompetence of the esky-rescue mission. Yes, we had beer and softies. Yes we had ice. Yes, we had salty snacks to go with GB’s sausages. But did we have cups? No. In fact the only receptacle of any sort was the oily plate on which the cooked sausages had reposed, releasing their greasy cargo, while waiting to be made into hot dogs. In a perverse display of misplaced machismo, the pack opted to drink, Kowloon-style, from the greasy plate – without wiping it down! The result: a vile oily film floating on the ale, a noisome, noxious concoction that coated the mouth and has gone down in the annals as the worst downtown in the world!

Northern New Territories Hash – always pushing the envelope. But in a cavalier show of gallantry, the ladies present were permitted to drink from a thimble.

Date: Wednesday, November 13, 2013
Time: 7.30pm
Start: San Tin football pitch, Mai Po Lung Road
Trails: Rambo & wimp
Hare: Golden Balls
Post-op: Sausages ++
Parking: Right there
Getting there: By car – you will need to find your way to Castle Peak Road San Tin sector, then turn towards Shek Wu Wai (left if coming from Sheung Shui, right if coming from Yuen Long). Go under the highway, ignore the right turn up to the highway, then follow the road round to the right, which is Mai Po Lung Road. Follow this, keeping straight on and ignoring all turnings for 300 metres until you reach a small park on the right. It’s a bit deceptive, but this is the footy ground. Loads of space to park right there. I’ll be there to flag you down.
By foot: Dunno. Try Kam Sheung Road MTR or Sheung Shui MTR, then taxi.