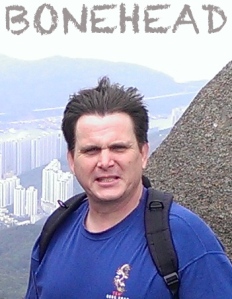 It was yet another cold, coold night with the thermometer reading something like 6 degrees but with the wind blowing it felt a lot colder. In fact it was so cold that Mango refused to come out of Stingray’s car to chat with Big Moany who was outside the car, instead preferring to talk to him using his mobile phone. Anyway once the four muskeeters – Stingray, One Eyed Jack, Dingaling and Mango – managed to get enough courage to remove their outer garments, the hare gave us instructions:”Medium length run…turn left..left..left!” So off we all ran completely missing the left turn and only with the help of little Kimberly, who now was an FRB, did we find trail through the gravel car park. Onto a two-way check where Stingray and One Eyed Jack went left, with trail found leading over the bridge. Dingaling held firmly onto Sam as we ran around the perimeter of Kam Sheung Road station onto an open check. Typically we either go right under the subway or sometimes left along the main road but somehow One Eyed Jack found trail straight through and into the fields behind. The pack really did put the willies up a poor lady who was out tending her crops as we ran past her and into the subway. After another check the trail started to get really soft and mushy and at one point the pack had to cross over some really foul smelling stuff…so bad that Stingray spent five minutes doing a detour just to avoid it. Coming back out onto the main road Dingaling found trail after a two-way check, but soon realized this was not “our” trail but looked suspiciously like Hong Kong Hash markings. Stingray denied this of course, claiming that they haven’t had their run in Kam Tin yet. We went back and found trail over the bridge and back along the main road for a nice run keeping our body heat up.  Following a couple of checks that took us rightwards, joining the trail that leads from Route 3 car park up into Tai Lam Country Park. At this point One Eyed Jack and Stingray decided they were going to run the flat route around the hill, whereas Dingaling and Mango went upwards. At the crest of the hill a check back was found and a quick back track took us down and onto Big Moany’s favourite steps. A short run back towards the MTR and home, with everyone back in about an hour. At the bucket, Kimberly was busy blowing bubbles with her bubble-maker, which made Stingray very happy…cos now there are two West Ham United supporters in Hong Kong. Everyone got changed in double quick time while Big Moany disappeared inside, only to return with a bowl of Harpoon’s hot chilli, rice and bread. Big Moany, as GM2, did the circle and after another beer or two we all pissed off…once again another excellent evening with the N2TH3. 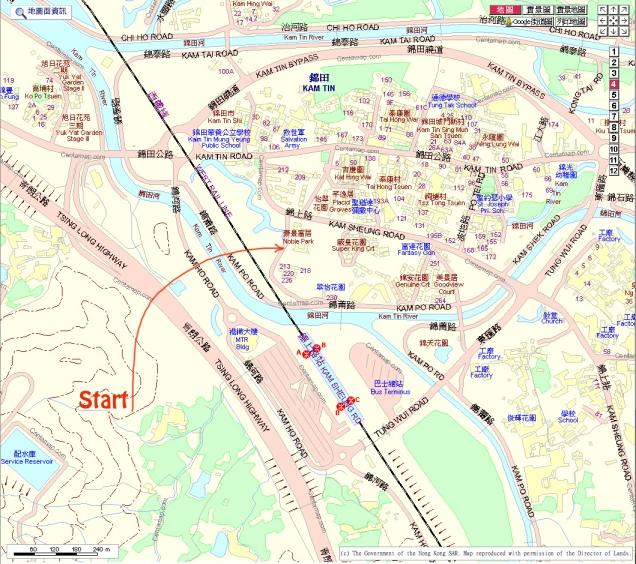 Park: roadside or villagers’ gravel car park (at own risk)

Hare says: Didn’t know it was me this week. Will try to recce something but if not it”ll be a short, boring run from my house.