As the date of the run approached, speculation grew. Would Serbian Bomber really turn up with a spare pair of socks down his Y-fronts (rumour is he doesn’t need it)? Would John Holmes be resurrected? Would there be a surprise appearance by Salty Wad In My Eye, aka Peter North(am)? Would Golden Balls reprise his role as, well, Goldenballs? 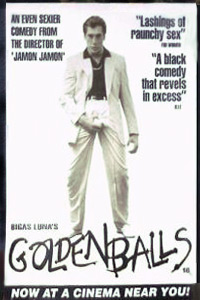 Then something came up and Serbian had to withdraw as hare, leaving a shabby trail of half-grown moutaches in his wake. And a great gaping hole where the hare ought to be. Even on the morning of the run Stingray was heard plaintively asking “Is there goin to be a run tonight?”

Of course there was a run. This is the Northern New Territories Hash, expert at salvaging non-runs that would have other hashes on their knees. And so stepped forward a knight, an unhung hero, the GM, Salesman, with a fine run from his very own gaff in Fanling Wai.

A excellent hour’s jaunt, where I led the pack over the bridge across the railway and around the houses towards PTU after they’d all gone wrong at the start. Pausing for a moment in a graveyard to relieve myself of an extra pair of socks, I lost touch with the pack, but there were loads of checks and after trail had descended into the demi-agricultural Fanlinglands I caught them up returning from a check-back. Mango seemed to know the way and gloated about his local knowledge. Then a tricky bit where trail went along the edge of a nullah. Eunuch was leading and decided not to backtrack with everybody else but picked up an old Kowloon Hash trail from nine days previously, which he disappeared on. As Velcro and I once again fell behind the pack we were passed by Mango and then Stingray, who had followed Mango and his “local knowledge” onto another part of the Kowloon run, set by Mango himself! Local knowledge indeed, I sneered as Mango sprinted desperately for the finish. Dingaling was back further still, another victim of Mango’s local knowledge.

A fine run with the pack within calling distance of each other for most of the run. And not a moustache in sight. 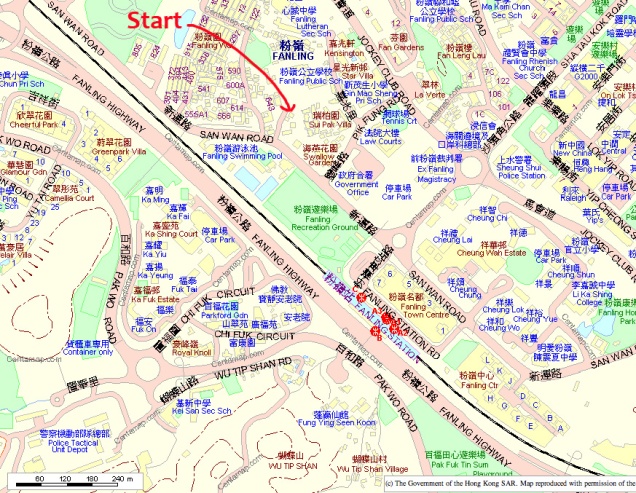 Location: House 673, Fanling Wai, off San Wan Road, Fanling, just immediately to right of Gates of Fanling Public School, which is end of cul-de-sac off San Wan Road, almost opposite Fanling Swimming Pool, between a 7-11 and Sinopec petrol station