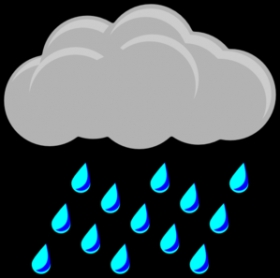 The weather obviously had an adverse effect on the not-so-hardy hashers that missed the run, keeping them away to carry on their alternative perverse activities in the privacy of their own homes.

By contrast, the real tough nuts assembled under the pagoda in Sheung Tsuen Park, Shek Kong, for what was to be a run of great initiative and even greater foreboding through the scrap yards of Sek Kong.

Our illustrious hare, Dram, put in a tremendous effort to set a run under such drenched, nay, biblical conditions, but unfortunately his efforts were wasted as the markings had been washed away. So the briefing outlined the intended route which the five runners, Eunuch, Golden Balls, Screwless, Mango and Go West were supposed to attempt to emulate. Needless to say, Golden Balls and Screwless managed to find the correct route through villages, across fields and up by Beck’s yard through the yards (deleted: a short cut, and were unfairly rewarded by being first back to quaff beer – ed). The remainder, on the other hand, dismissed the savvy pair’s suggestions and went hopelessly wrong (deleted: were victorious in running a true rambos run and really earned their beers without fear of retribution – ed.)

The circle followed which included a renaming of Screwless by the stand-in RA, Golden Balls. Due to certain email exchanges over recent days, and with hat tipped to G-Spot, he was renamed “Roger the Lodger”. Good luck, is all I can say.

The conversation then turned to Britain bashing by the hare, who, uncharacteristically, refused to stop sitting on that large fence called Hadrian’s Wall when being pushed for which way he would vote on Independence for the Scotch. Instead, he chose to blather on about pollution and the north/south divide in England. He even got into a heated debate with his fellow northerner and late-comer, One Eyed Jack. We really needed the GM there to calm this potentially explosive situation.