By Prowled Dong Up 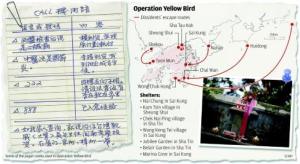 “It will be a massacre”, announced the notice for the run, alongside some stuff about a safe house for chickens in Nai Chung. None of this bore any relevance to the run – no headless chickens running for cover, no chainsaw-toting Mexican gangsters carving people up to get their hides for sofa upholstery – and I arrived at about 6:45 to find the hare, Gunpowder Plod, sitting in a folding chair drinking a cold beer and wearing a Chinese police uniform and that horrible red cap he thinks is cool. There were also hordes of mozzies attracted by his salmonella? citronella mozzie-repellent burner. Oh, and Pop Pans: ‘Lay off my dinner!” he warns. Fat chance.

He then leapt to his feet, crossed the carpark and rapped smartly on the door of a large fuming parked truck, wherupon an angry oriental gnome (who had obviously been enjoying a prolonged air-conditioned wanking break) jumped out, hauling his shorts on. A shouting confrontation ensued in the way only Plod encounters seem to, although the verbose author of the best-selling Little Red Swear Book (Bookazine $39) seemed to win the argument with language so colourful it was spectral, and the gnome slunk back into his cab and drove off to the applause of the poor villagers washing their BMWs.

A good sized pack dribbled in comprising One Eyed Jack, Mango, Dingaling, Stingray, Gail Says No, G-Spot, Simon, Yin Yin and Dram.Velcropolips then arrived, driving through the bus lane and car park the wrong way having been to the wrong start. Teary and shaken, she declined the run and sat down for some counselling. “My husband is leaving me!” she wailed. “Who’s that then?” enquired Plod sympathetically, receiving a wallop around the ear for his ignorance.

The pack set off on what was a cunningly executed and well laid trail criss-crossing the road through the nearby Nai Chung old and new villages and then through a cow pasture and shiggy onto the golf driving range road.Then it was a check-back and up a ridge path with sea views and breezes and some above-head shiggy to a concrete path. This was familiar and it led us on some fast running to Che Ha village.

Here there was a Rambo/Wimp split where Dram and Yin Yin short-cut the main trail past her house (surprised she did not pop in for a bath) while we entered a deep and dark forest strewn with toilet paper and infested with spiders and mozzies. This eventually became serious shiggy ending via an abandoned farm with a mango groove leading to the beach.Then it was along the beach and in, negotiating a large pack of angry poodles near the finish. Plod had apparently planned to throw PLA firecrackers at us from the bushes but Velcro says he blew himself up on a test firing in the shelter!

The run was followed by the now familiarly chaotic circle run by everyone at once. This was prolonged by the presence of Plod’s mates blocking the road back north (strange they never block the road back to Sai Kung!). 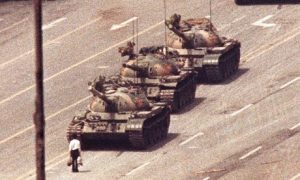