By Catch Of The Day 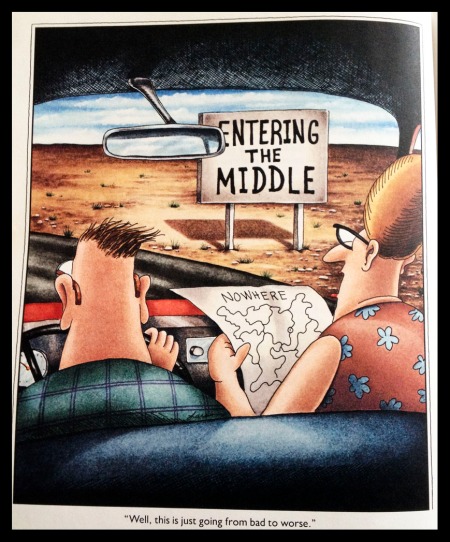 In the car from Hong Lok Yuen, Mango Groove and Eunuch were discussing LGBT (Lesbian + Gay + Bisexual + Transvestite). As I was enthusiastically listing them I learned a new English word, Polygamy, when Eunuch said bisexuals are polygamous because they can’t be satisfied by one gender.

When we arrived at the Pok Wai Caltex station, Mango read the description from his new Samsung telephone which had been sitting in his drawer more than three years, and said keep going and turn at Sinopec. Eunuch kept driving till we got into the middle of nowhere. Mango got out and started barking at an old dog. Eunuch picked up Mango’s phone and tried to read the description again by using his two fingers to enlarge the display, but Mango’s new Samsung telephone has no such a function because it is a three years old model. Eunuch put his eyes soooo close to the display and finally read the description and found that Mango was WRONG.

We drove back to Caltex and Found Merry Garden.

Hare Monkeyshit mentioned that he was bitten on his ankle when setting the run in the shaggy, but didn’t know what was it. He also mentioned three savage unchained dogs side by side, so we were all expecting a spooky trail. It was very hot.

Golden Balls, One Eyed Jack, Stingray, Mango, Eunuch and Catch Of The Day set off on trail. Liberace started late. The run was flat and…flat.

The highest hill was the pedestrian bridge over the highway. We ran through several garbage paths and muddy trails of Fung Kat Heung and Shui Mei. Eunuch was attacked by a snake GB later identified as a poisonous red-necked keelback, but it missed him.

Mango was standing at a check waiting for Eunuch and Stingray to solve it when he saw backmarker GB coming toward to him, he shouted ON ON. Eunuch and Stingray came back to the check, thinking Mango had found trail. This happened not once but three times. It seemed Mango wanted to keep the group together, and it helped indeed as all seven of us got back to Merry garden together. Monkey has now set two good runs for the Northern without having done a night run himself. His hare to run ratio is infinity.

In the absence of the GM, the GM2, the RA and the RA2, we appointed Liberace to be GM for the circle and a fine job he did. Apart from the poisonous snake, GB enjoyed his poison drinks, Mango poisoned Olive (Monkeyshit’s dog) with  crisps and Catch Of The Day was still suffering the poison ivy from two weeks ago. Liberace gave Eunuch a down down for his third child – a very good contribution to Hong Kong since the Government is encouraging more babies for the future.

Next weeks run is by GB at Tai Lam Chung and after that, on July 16, Catch Of The Day is setting a joint run with Little Sai Wan with an on-on at Kwai Hing.