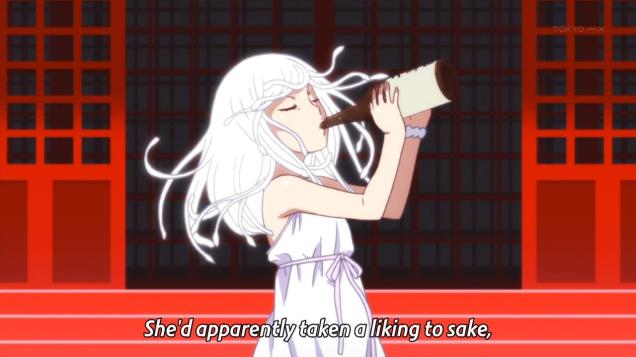 GIVE IT TO ME BABY!!! The most eagerly awaited run for some time, touted as a Catch of the Day house-warming bash, and believe me we were going to get warm…very warm. As the usual hounds made it to the start near Zen organic farm, Ping Che, panic ensued as there was no ice for the beer. A few phone calls later and our nerves were calmed as One Eyed Jack was going to get ice. OEJ never showed up so there was no ice. This was looking like it was going to be a repeat of the run we last had from Ping Che, three years ago, when Billy Jizz showed up with no ice and Gunpowder Plod had a neckie because he ran into some barbed wire on the hillside. It was on that same run that Plod called the cops to report a stunt driver who was busy showing off his kerb skills. 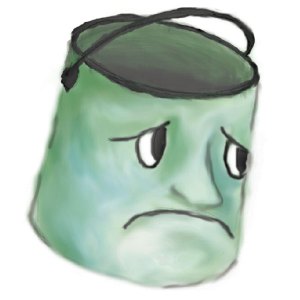 Anyway, back to the run…after appraising COTD’s house, admiring the glass-fronted bathroom/toilet and wondering where she sleeps it was time for the briefing. This has got to go down as one of the most surreal hash briefings ever. It went something like this: COTD says, “I am very happy to welcome you all with a pre-run cup of sake, and I have set a nice traditional style N2TH3 run with lots of shiggy.” At this point Eunuch starts jumping up and down like a jack in the box. COTD continues: “It is no more than 10km.” After the gathering calmed down COTD pointed to the concrete paving stones. “Here are my markings.” What then followed was an elaborate description of flour, bizarre chalk markings and toilet paper plus hell money. Then the hare mentioned something about an unhappy old lady with lots of dogs, very nasty dogs that may or may not be tied up, and a locked gate. Finally, she tried to tell us what to do at her innovative check-backs but by this time the gathered mass was in complete disarray with no one paying attention apart from Golden Balls.

So off we went with Liberace managing to find trail along the road and then rightwards past an on-home marking and onto a second check that was solved by Golden Balls leading us out to the base of the hillside. It was here that Liberace showed what a wonderful f*cking guy he really his. Not only did he manage to easily spot the hell money, but at every point when he did come across hell money he proceeded to pick it up and hang it on bush so that we all could see it.

As we ascended up the hill, passing several graves, Salesman, Ah Duck, Stingray and Eunuch each managed to find trail through the dense shiggy – which seemed at least one quarter elephant grass and one quarter poison oak – calling as best as they could for those behind. Near the top of this shiggy was a check that Eunuch solved, leaving poor Mango behind and falling into several holes along the way. Slowly we worked our way down and then up through more dense shiggy in trackless forest on steep ground liberally lined with strands of rusty barbed wire that had to be hurdled along with the usual thorns, vines and trees. 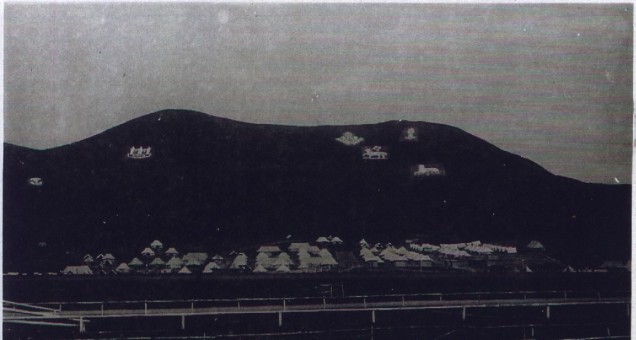 Out of the shiggy we burst onto an old military road and a check that took us left along the ridge, the one with the painted dragon that you can see from a distance and the very same ridge that Go West tried to impale himself on a few years ago. Now we figured that the run would take us straight along the ridge and back down into the villages; however, a well placed check actually took us left and was solved by Eunuch who did not bother to call, leaving Liberace and Mango running along the ridge for what seemed a lifetime. From the check we descended down more shiggy interrupted with rolls of barbed wire – no path, just the odd bit of paper stuck on a bush in a random direction – and eventually arrived in at an abandoned chicken farm with the dreaded doggy house, where a huge barrage of barking came from the mostly locked up dogs – and not a human to be seen. What are they guarding?

Mango remembered this place from a few years back, when he came upon the same concrete building with about 20 nasty teeth-baring dog, but this time it did not seem so bad as Ah Duck, showing excellent hashability, managed to negotiate a route around and over the gate. It was here that we ran into Eunuch, who was not happy as he had spent the last 20 minutes looking for trail off a check. We did find hell money but it led to a locked industrial yard so we just headed back down the road and onto a check that was designed to separate the brains (Stingray, Ah Duck and Mango) from the buffoons (Eunuch and Liberace). Trail was found to the right of this check into swampland that was demarcated with ropes, but eventually the trail ran out so we decided to head back onto the road. Once back on the road we could clearly see the village and the route that would eventually take us back onto Ping Che Road and home, but Eunuch, in a moment of supreme commander madness, suddenly proclaimed, “Hey guys, we’re going the wrong way! Surely we should be going this way,” pointing to swampland infested with all sorts of pestilence and probably an alligator or two. But, my dear friends, it was to get better as Liberace joined in, “Are you sure?” to which Eunuch confidently replied, “Of course I am, let’s go.”

So the lead pack that was one concerted group split into two. The brains only had to run less than half a kilometer and they were back on trail as predicted leading back along Ping Che road. We did encounter Velcro Lips (who had opted not to run) and the hare driving towards us – obviously a bit worried as we had been out for almost two hours – but Ah Duck directed them to where Liberace and Eunuch went. The run-in was a simple 3km, only to find the short-cutter Plod at the buckets, eating all the crisps, and LSG, who had been present at the start, long gone.

Meanwhile, at the back of the pack, Golden Balls and Golden Jelly held hands through the shiggy with Plod chaperoning, but when GB stopped to tie his laces Plod got away, never to be seen again until the front-runners nabbed him gobbling all the carbs. As the Golden ones hit the doggy house they found Salesman milling around madly trying to get out, and all three decided to head out to Ping Che Road after having had a gander at the rubbish dump that led to the feculent bog. As a minibus came past, GB and GJ jumped on, but Salesman declared: “I want to run!” only to accept a lift from the Velcro ranger five minutes later.

Eventually everyone made it back, Eunuch and Liberace arriving last covered almost up to their waist in muddy swamp stuff. Eunuch’s most favourite shorts had been destroyed, the arse totally ripped out of them climbing a barbed wire fence, but Liberace’s smug-satisfied expression suggested another explanation…

After some quick refreshments and more sake the GM called a circle, with what looked like 90 percent of the down downs going to COTD. As it was getting very late we had to keep the business short but as Eunuch said, “This has got to be one of our best runs for a long time.” Jolly good show COTD…we want more of the same next time. 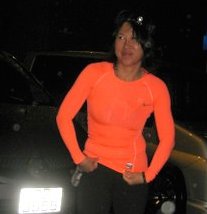