Landlord and resident crooner Mr Stingers (78), said “I couldn’t leave the old girl(s) behind, so I dismantled my old local, The Greengate in Green Street, Plaistow, brick by brick and brought it in my hand luggage Lego-like for reconstruction in Hong Kong. But everything must come to an end and due to old age I can no longer upkeep the crumbling structure so, I will shut its doors to the public for the last time tonight.”

There is a long history associated with “The Gate” but times have now changed. It was once a typical East End boozer, but is now in decline on the shores of Sam Mun Tsai. At one time, guests were greeted by an oriental femme fatale selling triple-X-rated videos and a smoking stripper (the nicotine type, not the hot type) dancing around a pole. Entertainment these days is more often than not provided by a bizarre circus act involving a gentleman wearing an outfit made of pawnshop Goldenballs and the enterprising use of a Mars Bar. Occasionally, at great expense, a Liberace impersonator is employed to ensure gay abandon and political correctness.

A pub crawl had been organised for the regulars as a last-night celebration. “It’s got a bit of everything – my greatest hits, if you like,” declared Stingers. Bar flies BJ and Pants from the other nearby local,  The Masons Arms, were also present but took no part having misread the opening date of the new premises. The Gate is to be converted into a fish and chip shop named Catch of the Day, and they thought they would try the self-service battered sausages. The Masons, being an upmarket joint, more of a wine bar than a pub, have banned many of The Gate’s regulars.

A special Japanese Scrabble contest was organized by the mother of the new fish shop owner but there was a suspicion of match fixing as her daughter was the only one that knew the answers.

Food was provided, but it was a far cry from the sausage feasts served up in the old days and regulars were wary of the Tangerine Dreams that often accompanied the (in)digestion of “The Gate Chilli”. Poncy fruit desserts predominantly made from Mango have always been available but rarely touched due to ever-present long dark hairs topping the dishes.

Of the crawl itself, one of the regulars thought that with the help of Velcro to hold up inside-out running knickers she would win the prize for a reverse completion. However, she was disqualified for a gross infringement of the rules and the purchase of child labour-produced running equipment. Those who partook of the crawl reported disappointment that although they found the long grass as advertised they could not find the long bong; as normal the local constabulary failed to spot the offending weed and went through a welcome cup of T instead.

The Gate has never been a quiet pub and a fight soon broke out in the snug over the misidentification of who was a wimp. It turned out that the wimp was really a rambo. As normal with pub fights, there was a lot of Ah-Ducking and ah-diving with very little damage to the bar furniture. The quick arrival of the local Plod, who knew a shortcut, soon sorted things out but only on the proviso that he could be included in the after-hours lock-in. A regular with his pet snake was once found sipping spillage on the floor and there was a suspension of the license due to crime and disorder in 2011 after the landlord was attacked after refusing a customer his 31st down down drink. The customer was jailed for 16 months.

The crawl also brought back many happy memories for the locals. One regular, Harry, a onetime fitness guru and sausage connoisseur, commented it was the best waste of a couple of hours he had ever seen. He added, “I was so impressed I asked my dog Rosie to sub me a couple of bob from his Swiss bank account to top up the blind box. Normally I give Jack shit to charity but the picture of the bloke on the box only had One Eye. I had to be careful though as the last time I saw a picture like that, it was only later that I found I had purchased a video from an oriental lady at the door. Mind you, that did give me the idea for the now international pub crawl quality marking system, the HR Sausage Quotient”.

Festivities were then interrupted by a Warcry salesman with a tambourine. A quick kick in the knackers from a member of the rival Moonie sect soon consigned him to the local Eunuch colony in nearby Shek Kong. At this point, the landlady, buxom Liz, had seen enough and told the remaining freeloaders to F*ck Off!! 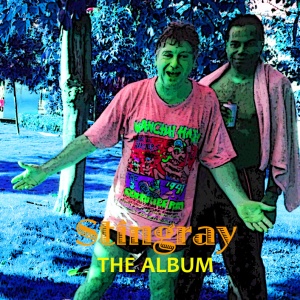