Ring In The New

Following the pub run and the Velcro soiree, Din Din and 9IC made it three parties in a row for the Northern. This time it was at Che Ha off Sai Sha Road, and I arrived at the roundabout where we’d been told the run started to find Dingaling, Sam and Overdue pacing on and around it. We were soon joined by Eunuch and Catch Of The Day in the beer wagon and a lady carrying a tiny dog with bat-like ears. No markings, no hares. Then 9IC arrived. Come on, this way to the house, he says. We protested that latecomers wouldn’t know where to go after making their way to the roundabout, where (let’s labour this) we’d been told the start is. “Dunno why she said that – we’re running from the house.”

Screw, Screwless and Gunpowder Plod were already waiting. Then Liberace turned up and a pack of seven plus Sam capered off toward the coast. Lots of checks kept everybody together. There were villages, rural concrete paths through forest and along coast, overgrown fallow fields and the odd bit of road before the pack broke up in one of the villages when trail just seemed to expire. Plod, with his local knowledge, found the way, taking Liberace with him but the rest of the pack milled about doing circuits of the village. And milled. And circuited. Until GB went far further than any mark could possibly be and found trail going up a smallish hill with a great bracken descent.

Concrete paths then took us back to Che Ha where the on home was marked back along the out trail for the last 400 metres. We all made it back and gatecrashed the downstairs neighbour’s party for a bit until we got cold and went to our party.

Did I say all? No. Liberace on encountering the on home for some inexplicable reason known only to himself started to go round the trail again.

At the house more people had arrived, with the number of non-runners far exceeding the number of runners, but all was well as the drinks flowed, the victuals vanished and the hashers taunted each other cruelly. At some stage or other there was a countdown and loads of snogging and stuff but I didn’t bother with all that and just helped get rid of Simon’s whisky as Din Din flashed a rock on her finger and beseeched one and all to kiss the ring. 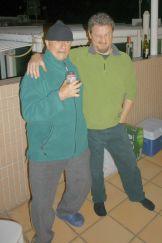 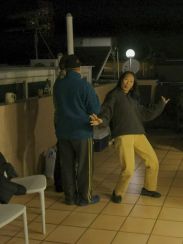 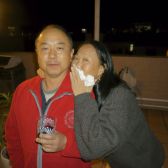 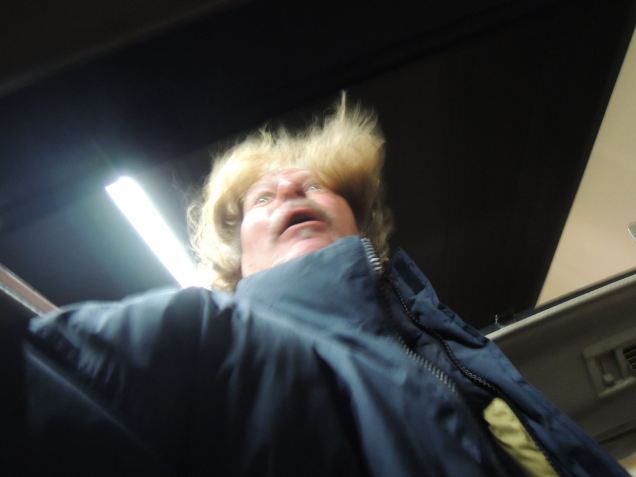 G-Spot was back for a few days from his travails in Papua and Java, so Velcro hosted an elegant evening soiree after a splendid trail in the hills of old Braemar so her beau could get pissed with his mates. The seasonally tiny pack took off from Velcro’s quarters and soon found themselves trudging up a hill with the unmistakeable monogram of Royal South Side trail keeping them company. Camel’s pre-marking of Thursday night’s South Side run was thus subject to a bit of “embellishment” by One Eyed Jack (his word).

After a bit of up and down, trail went along Sir Cecil’s Ride (why concrete over a perfectly good dirt trail? Madness) and then left up a bouldery stream bed, with Eunuch and Oranguwank (the hasher previously known as Inflatadate) making all the running. At a flattish part at the top of the hill yet more foreign trail marks were found, this time Little Sai Wan, but of course nobody embellished their trail. We wouldn’t do a thing like that to our Wednesday night hashing associates.

Great views of the Hong Kong city lights popped up from time to time as a mazy trail took us up, down, up and around to the Rambo-wimp split. Now G-Spot had explained that the wimps was actually longer than the rambos, but the rambos had another hill and some shaggy to negotiate. Having got away from One Eyed Jack on the prior descent I did the dirty on him and peeled off on the rambos without calling trail. Sho nuff he missed the split. It’s touching moments such as these that make hashing such a joy.

In the shiggy I caught Liberace, who wasn’t very well, and was caught by Catch Of The Day, who had been moronically running back and forth along Sir Cecil’s Ride after missing the turn to the stream bed because “nobody called”. Another touching incident.

Back at the flat Oranguwank, who used to live in the neighbourhood and knew the trails well, said the final descent was new to him, so well done hare for finding virgin trail in the hashed-out byways of Braemar Hill. Then all sorts of fantastic nosh appeared – as well as the walkers Screw, Screwless and Din Din – and justice was done to Christmas Eve. Then it was time for the after-party as seven of us crammed into Eunuch’s jalopy for a madcap, literally hair-raising ride back to the Northern New Territories homelands.