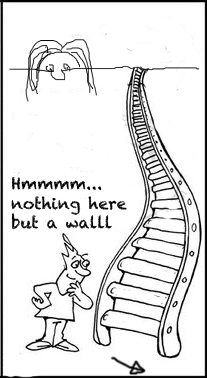 For the second week running we pretty much got started on time, which was just as well as Golden Balls and Stingray got hopelessly checkbound and came back from the “short, flat” run after 1.5 and 2 hours respectively – not to mention latecomers One Eyed Jack and Catch Of The Day who were out even later.

Meeting at the rubbish-strewn dead end of a road outside Au Tau Pumping Station, we were told by hare Big Moany that it was a short, flat, “4.2km” run, very easy. Where he got that figure from is anybody’s guess. Not a promising start as the eight-strong pack of Dram, Eunuch, Gaele Says No, Golden Balls, Liberace, Mango Groove, Penile Dementia and Stingray jogged off into a labyrinth of village paths and checks. At one of these Mango Groove, Penile Dementia and Golden Balls opted for the left turn towards the plain (trusting the hare, perhaps?) while the others all went right, towards the hills. After 150m this trio heard trail called from the other direction and turned round, with Mango and PD sprinting in an attempt to catch the pack. Meanwhile GB plodded along and eventually saw torches coming back towards him. Reasonably assuming it was the pack coming back from a check-back he tried to sneak into the lead by checking up a hillside path past graves. By the time he got back down, having found nothing, there was nobody around. In fact the torches had been those of the myopic bumbling Mango and PD coming back after they realised they weren’t on trail. After a while GB picked up chalk again, then flour and paper, and came to a check in the grass, very faded and kicked around, that had held the pack up so the clamour of hashers on trail could be heard nearby. Suddenly Stingray emerged from the hillside. “Mango says it’s right at the check.” So they duly went right until the path ended at a ladder down to some concrete. Stingray went down first. “Hmmm, nothing here but a wall,” he intoned nasally. So back they went to the check, where they spent a good 15 minutes exploring every likely and unlikely option through the shiggy, to no avail, as the sounds of hash strife faded and died. Eventually they tried the ladder again. “Oh. Trail,” said Stingray.

So they climbed the wall and sniffed out trail up a wooded road until there was a checkback, which held them up another 10 minutes as there were several legitimate trails leading off the road. GB finally found trail on a dirt road heading steeply uphill. Up through burnt shiggy, and far far away to the west could be seen the last pair of torches of the pack summiting the hill. Latecomers Dingaling and Sam caught them up on the climb. “This leads to the helicopter dumping point for blahblah construction project,” Dingaling  gushed enthusiastically. “Then the path goes to the pylon and takes a right along the ridge…” He proceeded to describe – accurately – the course of the rest of the run. Hashing holds no surprises for this man.

At last GB and Stingray reached the summit. Dingaling had long ago disappeared into the distance. The erstwhile Trailwalker team members had practised solidarity on the climb, with Stingray waiting for the gasping GB. But when it came to the descent GB abandoned his partner and took off into the night. Trail went down a tricky descent to the Au Tau roundabout and along Kam Tin Road 1km back to the pumping station. We have no idea what became of Stingray, but he followed GB in 30 minutes behind him. Fifteen minutes later came One Eyed Jack chaperoning the injured Catch Of The Day and her puppy.

The normal boisterous circle ensued before the pack dispersed, it being too late for an on-on. Another great night on the Northern.