The summer-holiday ravaged packette – Liberace, Eunuch, Golden Jelly, Golden Balls – met on the streets of industrial Kwai Chung with not a hash marking in site, never mind a hare. But Liberace had received a text briefing from Catch Of The Day. “I’ll be out setting the run when you arrive. Go to the front of my building where Mango got locked out last time. Head east” So we went there and found a north-south-trending road. Liberace and Eunuch loped off south, heading straight past a pair of huge arrows directing us to climb over the railings and cross the road. Golden Jelly called them back and all four dodged traffic and set out on trail.

Up an escalator, through a housing estate and then up up up steps to the ridge of Golden Hill. Along the ridge trail, where the two wimps devised their own shortcut down down down more steps. The rambos’ torches could be seen descending a more distant line and the odd call could be heard through the dead air. The two trails joined at a catch water and from there it was another kilometre back through the streets of Kwai Chung and into the industrial building to the penthouse unit Catch Of The Day now calls home. A pleasant outing lubricated afterwards by some of the red wine left over from some notorious party a few months ago. 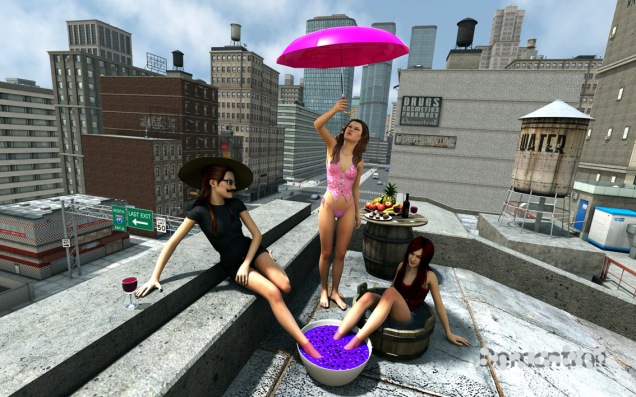