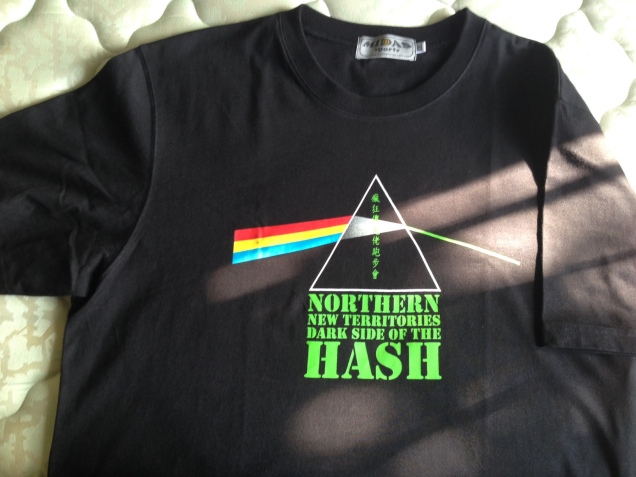 We came. We ran. We did not conquer because it was a short flat run designed by Mango Groove to be over quickly so we could get on with the AGM. Trail went from a sitting-out area in Luen Wo Hui through a park, across Ma Sik Road and into the network of villages and fields to the north. Loads of checks kept the pack expanding and contracting like a rubber band and in the end the pack – Dram, Gunpowder Plod, Liberace, Penile Dementia, Salesman, Golden Balls, Serbian Bomber and a chap called Jan – sprinted home in about half an hour. After 45 minutes Eunuch and One Eyed Jack arrived sporting a strangely mincing gait caused by the venom they were spitting, having been unable to solve the first check. They thus reprised their famous roles from the Nam Sang Wai run in September. Mango Groove, Velcro Lips and Golden Jelly were non-runners.

And so Velcro Lips presided over the last circle of her term and named the new committee who will decide our fate for the next 12 months.

As her last act Velcro Lips produced a T-shirt. Contact her quickly if you want one, they’re going fast.