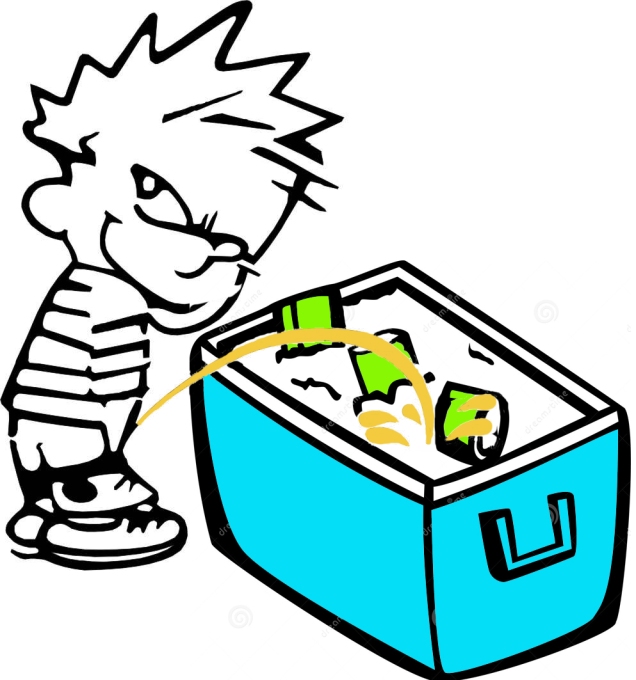 Having been orf for a  while with the dreaded lurgy, I decided to show up for what I thought was to be a gentle trail set by Golden Jelly only to learn that I had misread the run notice and it was to be set instead by the dreaded Liberace!
The run notice said “Start: Pagoda in Sha Kok Estate between Sand Martin House and Osprey House” so having found a parking spot, I joined Mango, Dingaling and Penile Dementia under a ramshackle mushroom in said location.
We were then joined by two Septics who had gone to Sha Tin MTR and then walked from there; large green male and a smaller pink female, very jolly, bagless, waterless, torch-less and borderline clueless visitors from Singapore’s Lion City Hash – Pool Boy and Secret Swinger.
Then a panting Golden Balls showed up telling us to move to another location near the dai pai  dongs where we joined the hare and pack in a shelter. The hare shortly announced “This is my shortest run ever; one run, chalk, flour and paper, front runners 45 minutes.” So not short/short then…
So orf we set in a timely fashion with Gunpowder Plod immediately short-cutting to the first check he had spotted walking to the Start. But with the Hare having neatly hidden all his occasional markings from plain sight, it took a while for the pack to call on-on up Shui Tsuen Au Street to a split. Most of the pack followed Dingaling over the barrier where he split his shorts and further split them coming back from the T. The trail went up an inverted stairway to hell otherwise known as Tsok Pok Hang New Village, a dingy den of ne’er-do-wells and layabouts and friends of Mango Groove thrown out of the old village for incestuous behaviour and alcoholism.
Golden Balls was the last up, preceded by Golden Jelly and the wheezing geriatric known as Plod, the rest of the pack now out of site and past the next check up the barriered road past the Girl Guide campsite (was that Dingaling seen climbing disappointedly back over the gate?) into the darkness of Lion Rock Country Park.
Oop n oop we went to another check where trail lead up some steps to a concrete path and some ambiguity. Trail was eventually spotted leading across and up into the shiggy which the now shiggy-adverse Plod decided to forego, short-cutting up left instead. He arrived at the next check in time to hear Dingaling descending from the right, seeing his torch and plaintively beseeching him with calls of “Are you on??” Plod, adhering to strict SCB etiquette, declined to answer, allowing Dingaling to overtake him up the path and find trail, followed in short order by the rest of the pack.
The FRBs in the form of said Dingaling, Penile Dementia, Mango and FBI were shortly after observed retreating from a check-back, allowing our Lion City Hash visitors to shoot into the lead (directed by Plod) up another shiggy path, much to the consternation and wailing displeasure of the former FRBs. This was the last Plod saw of them as his knees declined the effort and led him back down whence they had come, finding Catching-Up Of The Day and Eunuch & Sons en route descendant.
Meanwhile, at the top of the hill, Oranguwank, Mango and Penile Dementia led the descent on a sometimes-pleasant sometimes-technical trail, with Dingaling just ahead of the fast-descending GB and FBI. The Frenchman slipped on some gravel and fell over, and while GB was laughing derisively at him he invoked the God of Schadenfreude, who promptly caused GB to twist his knee on an awkward drop and fall over.
On return, it was discovered that the bucket comprised Tsing Tao and ice and nought else! This was fairly quickly disposed of and later supplemented by softies and shandies. The Circle was then called to order by the non-running, broken-toed incompetent parent known as Eunuch. By the end of the evening, he and most of the pack probably wished that he HAD had his bits chopped off before consummating his marriage…
Plod observed that he had not realised that Eunuch’s younger son was in fact called “You Little Shit!”. This was what his father called him after he stomped on his broken toe, anyway…
“You Little Shit” then went on to pour the down-down beer out of the expensive N2TH3 hand-tooled stainless steel antique muglettes onto the ground.
His father, declining to drink several of the righteous DDs awarded him, then revenged himself by pouring his DDs over “You Little Shit’s” head, who seemed to enjoy it.
The crowning glory of this lovable delinquent’s behaviour came at the end of the proceedings however. He strutted up to the bucket and pissed in it!!
His father then paid the penalty of a full can DD out of the Piss Bucket.
“You Little Shit’s” final piece of yobbery could not be ignored so, in the absence of the RA, the lesser Sek Kong Hash RA, Liberace, stepped up and, to broad approval and acclamation, named  “You Little Shit” – Piss In Bucket, a moniker which he will no doubt be explaining for the rest of his hashing life. On on! – Gunpowder Plod 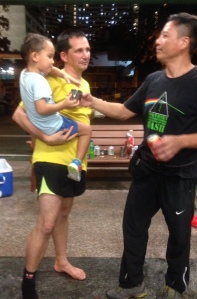