A Biscuit or a Cake? 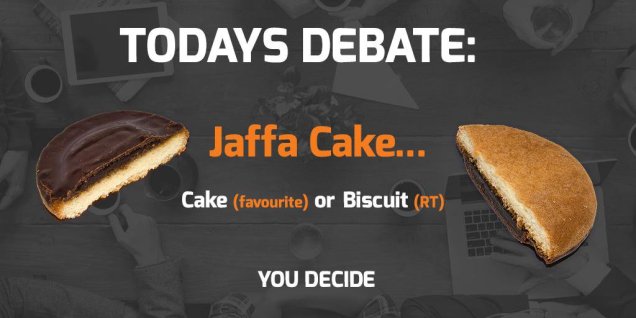 This weeks run was billed as a QT special, but given that Mr QT had to practice withdrawal as he was busy “ripping out a bedroom”, the magical and mysterious Catch Of The Day supported by fellow Japanese Spaniard Juicy Sushi stepped in to set a run from the pagoda at Luk Keng.  What a great place to set a run, lots of trails, beautiful and scenic countryside and relatively easy to get to. Turning up at the start, this weeks scribe, accompanied by Geriatric, was met by the two hares as well as Stingray and a couple of visitors from the Sek Kong Hash, Miss To and Riva. Apparently Catch Of The Day got Geriatric rather stimulated as she misinformed those present that said visitors were in fact virgins. Now we do like virgins, especially if they are wearing clean underwear, but I digress. The start time, advertised as 7.30pm, is there for a reason, and given that it was a COTD run then it would have been pertinent to start on time, expecting a ball breaker of at least an hour and a half. That being said, Stingray, in his capacity as most senior committee member, decided to wait for Eunuch to arrive, even after the likes of Dingaling and Mango had told him that it doesn’t look like Eunuch is going to show up.  After waiting until 7.33pm Mango urged the hare to describe her markings, the most important of which was: if you see a T go back to the check even if it is a kilometre away.  All of the pack took notice of this advice, except Liberace, who showed up late and ran around like a headless chicken, not even making it out of the village (what’s new?).

So off we went, up Luk Keng Road and left into the village, passing the playground and some large but friendly dogs. Penile Dementia led the way calling trail, with Crème Brulee and Golden Balls closely behind. As we ran past the wonderful smelling lady of the night flowers, Dingaling kept going all the way along the path until we came upon a T.  Remembering the hare’s advice, we worked our way back, occasionally diverting off any partial trail, before finding paper leading up onto the Wilson Trail. Bugger, should have worked that one out, as the now slimline and fit looking duo of One Eyed Jack and Golden Jelly led us up the first section of the hill until we came upon another check. It didn’t take long to solve this check as Dingaling had worked out that we should be going upwards for a bit before turning leftwards. However, the next check had the FRBs totally stuffed as they foolishly headed up for a quite a distance before returning only to find trail off to the right. It was along this intense shiggy section that One Eyed Jack Lost his spectacles after bumping into a tree branch, but not to worry as he soon regained his sight only to have Golden Balls run over him. Nice trail followed up and around the hill contour, before a check, drawn on a grave, had a few of us fooled. Penile Denentia eventually worked out that we had to go up and over before descending onto the steam bed. As we came off the stream bed a short climb up and into more shiggy followed before another check that took us left and onto a few steps. A check back here fooled nobody but Golden Balls, who decided it was a check and spent the next 5 minutes wallowing in evil smelling mud as the rest of us ran down and onto the T that we had found at the start of the run. A short run to the pagoda, a pan handle type of run, with everyone back in just over an hour. As usual, we all had different versions of the trail, especially Liberace, but nobody cared cos the beer was nice and cold.

Having arrived back in relatively good condition, Mango, after his brief visit to the UK, quickly dived into his rucksack and pulled out a triple pack of Jaffa Cakes. Dram et al. debated whether a Jaffa cake is truly a cake or a biscuit. Of course, Mango, being something of an expert on all things Jaffa cake related, had the answer: “They are cakes because I found them in the biscuit section at Tesco.”  After happily consuming our Jaffa cakes it was time for the circle, led by stand-in GM Stingray. In his usually unrelenting style, Stingray gave out down downs for all manner of crimes, and then just as he was finishing up the circle descended into complete madness. It was a sight to behold as every man and his dog attempted to give out down downs, not a problem as the N2TH3 live for this sort of rebellious behavior. As the circle worked its way to a natural end and various announcements were made, it was time to go home. Must say this was a brilliant run set by COTD and Juicy Sushi. It is evenings like this that make the N2TH3 what it is.   – Mango Groove