This is an electronic message from Eunuch :

Hi Steve,
Couldn’t find the start for the life of me.
The road does not appear on google maps, and I certainly couldn’t  see the entrance along the kong na po road in the dark – could have done with a co pilot.
I suggest putting some road markings down if you are setting from somwhere new.
I have plenty of beer.
Eunuch

As a matter of fact it was a new spot for most of the braves who showed up despite the scorching heat and the difficulty to find the starting point. Beware GB! An old black trash bag is not the clearest landmark in the dark. 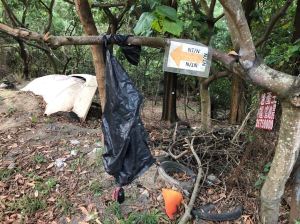 And so the gathering was a bit of a mess. And to add despair to anxiety, Eunuch and the beers were not showing up. Mango was very agitated about this, saying he had called Eunuch twice unsuccessfully, and blaming his no-to-WhatsApp attitude . He was talking also about his nose falling a part and pissing blood because of some Asher dude who couldn’t care more. He sounded like it has happened just recently so I took a closer look at his nose to see nothing. -Ho!… that was two years ago.

So are we going to run without beer?

Here comes Captain Quick! Occasional runner on the N2TH3 and carrying a box of Moritz beer from Barcelona in his car boot, together with Radio 1 and QT… was it for his personal consumption or for the run? Anyway: Thanks Cap’n! You save the day and the run is on!

And so from this bold hilltop with a view on Shenzhen by night we go: Mango, Liberace and QT are leading, followed by Golden Balls (?), Captain Quick, Velcro Lips, Golden Gelly , One Eye Jack and Radio 1. Is the hare going to run his trail with us? But he stops after 50m or 54.680 yards or 164and 1/16ft pointing “this way”. 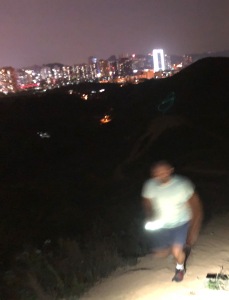 The first check isn’t far and is placed in a way that takes the 9 pieces of 8 enthusiastic runners to a large flat no man’s land. Something fishy here and I decide to go along with the path. After another 164and 1/16ft, GB whisper from his bold hilltop: Flo, on your left… thanks R. A.
“TRAIL!”
Going up another small hilltop to have in full sight The Great Wall of Shenzhen (copyright Golden Balls). But no time to dwell as the pack is puffing not far behind.
The shiggy is low but dense, harsh on the legs. The trail is twisty and quite difficult to read though the marking is plenty.

Mango Has closed the gap and we arrive together on Man Kan To Rd. Just before jumping down the pavement an arrow point to the right. It could mean that we have to go along the road but staying under the wood but a nice spider web is crossing the path. I don’t think GB could have gone through without damaging it so I go for the pavement. Mango thinks otherwise and stay in the wood. Another 54.680 yards and an arrow tells to cross the road. Meanwhile the pack has rejoined Mango who is still trying to go through the spider web without damaging it.

Across the road I’m a bit wandering, trying to find the trail and it is altogether we follow path through nicely kept farm land. The farmers are not so happy about our intrusion but what can they do?

And quickly we enter a new shiggy section.
This is where QT ordeal start: first hash crash of the day punctuated by a long, evaporating Haaaaaaa.

The shiggy open on a clearing built in espalier.
In the grass small stone are aligned, all the same, about 1 square foot, all planted vertically, all engraved with serial number : 1116 1117 1118…. Under the grass, the ground is deeping slightly in front of each stone.! …. What kind of graveyard is that?!

Anyway we have a run to finish . So we rush through and along a pond filled with frogs. When: Haaaaaaaaaa , QT sounds like Mariah Carey for is second crash. “Can you move?” ask Liberace without stopping.

QT would crash many more time, would sound more and more like Mariah Carey and would still have to move because some wasp would have decided his Haaaa were truly annoying ! And he would finish the run with a cracked ankle. 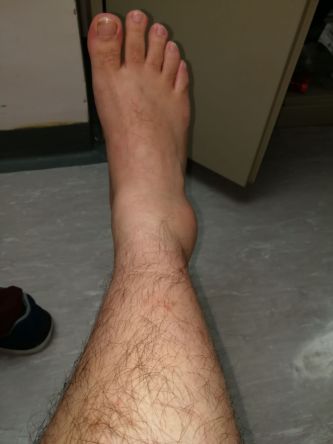 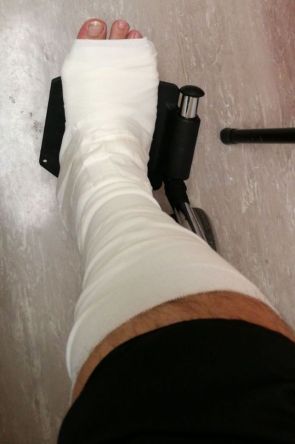 Nobody has taken the wimp option and the Rambo has given a nice variety of shiggy, semi abandoned concrete path, short but steep stairs, reasonable portion of roads. Cs, Ts, CBs are keeping the front runners together with Liberace regularly finding the CB first and One Eye Jack mumbling in his footstep “Never follow Liberace” and Captain Quick quietly finding the right alternative. And as a matter of fact , finishing the run first. This guy is Marvel material! 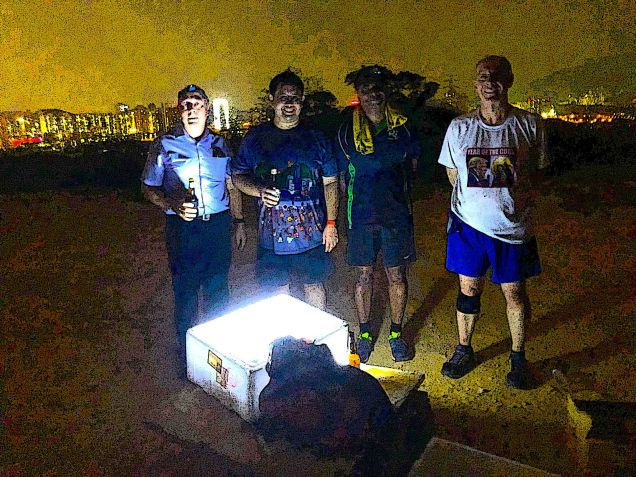 The girls reach the bold hilltop a good 40 mn after the front runners, while a nice blood moon is rising. The circle can start with Velcro Lips providing an excellent picnic . We could have done with Eunuch’s bucket to finish the circle but we had a fine time nevertheless. The conclusion of it being Liberace snacking in horror a “Haywards Traditional” pickled onion. Another delightful Wednesday evening.  – Crème Brûlée 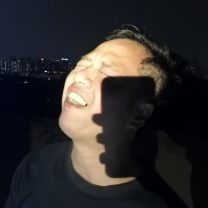 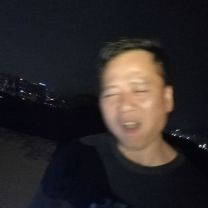 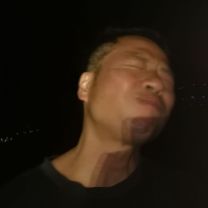 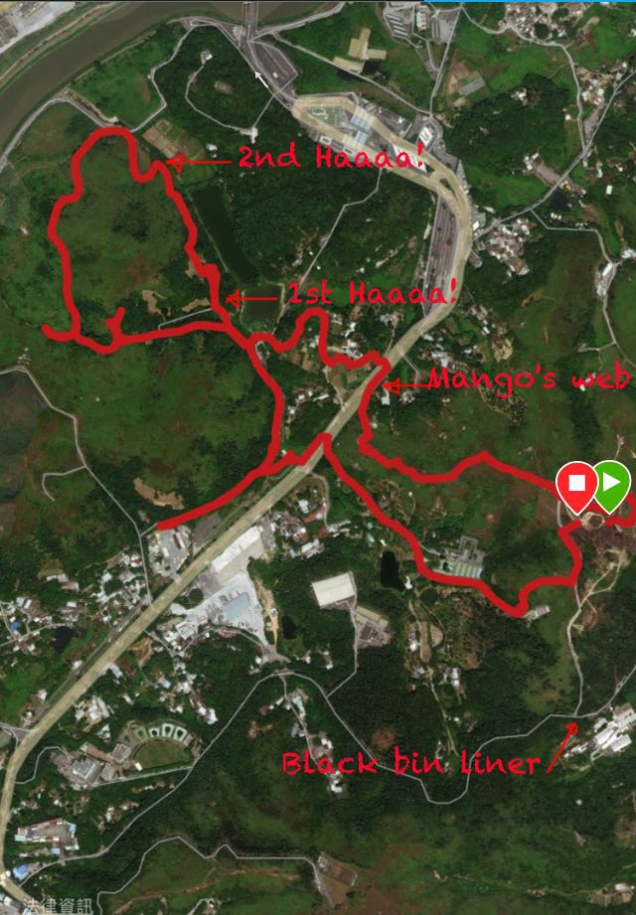