Shine On You Crazy Diamond

Mango Groove is an 11-piece South African Afropop band according to the Tai Po massif, and here’s some of the old songs they played to the Hash last Wednesday…..

The Groove has just moved to Sai Kung so it was welcome to My Home Town and Are You Ready for the Country because I’m the New Kid in Town. We met On the Dock of the Bay with many a Sloop John B adrift.

It was on on and up The Long and Winding Road, Dancing in the Dark and up to the Crossroads. For Mango there Aint no Mountain High Enough. Two visitors wore their crazy Bright Torches until we were Blinded by the Light and yet another Crash. We got So Far Away until eventually reaching a cemetery and a Stairway to Heaven.

Turning down in a Purple Haze it was Go Your Own Way and Check On It. On down. That’s just The Way It Is. down the Telegraph Road. We were soon Homeward Bound. Just follow the Little Arrows. No chance for The Shiggy Challenge.

Back at the bucket the hare pleaded I Was Only Joking but it had been nearly 2000 Miles. The pack was stunned, Don’t Say a Word to Mango, Don’t Be Cruel.

At last we were all back for Cigarettes and Alcohol. Two Pints of Lager and a Packet of Crisps. All set for the Down Down Duppa.

The hare was less a raving Mango more a nat old King Cole marching us up to the Top of the Hill. But we did have a Buddy Holy lookalike aptly named Peggy Sue and a veteran geisha girl was named Catch of Yesterday.

To the ONONON and a toast. Raise your glass to Mike Barker Stains and Bouncing Bombers.

So despite the Ch-ch-ch-changes it was Another Day in Paradise and we all retired with our own Personal Jesus. Amen.

PS Accordian to Creme Brulee it was more like Parisienne Walkways than Country Roads . Just Wait Till Next Week !!!!!  — Stingray 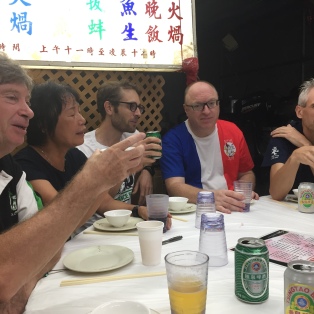 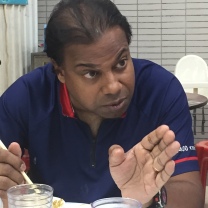 A Not Boaring Run 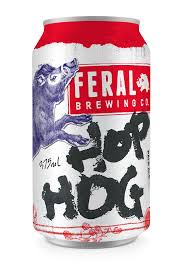 I stopped on the left shoulder in front of the barrier. When I saw the wild boar, it was still bright, but it was dark within 10 minutes. If you stare at the road without doing anything, a black dot appears to move in the distance. Two black objects were lying on the road, probably the wild boar or piglet. As it gradually melted into the darkness, two white lights appeared.

It was Mr and Mrs Hare that got out of the car.

I couldn’t see white powder anywhere on my body, so I probably went home and took a shower. She said it smelled good for Mrs Hare, she said it was a mosquito repellent spray.

Eunuch put the beer on the trolley and filled the eskies with ice that I had bought. Pushed the carriage from here to the start. Stingray came and climbed the hill together. I followed slowly with crutches.

Eunuch made a U-turn in the middle of the hill and went to pick up Mrs Hare. When I climbed the hill, beer and ice were confused on the road. It fell here and there. When he asked “Stingray, are you okay?” he said, “I’m okay.” “Brady hell”. A lot of ice was sprinkled on the road, and it was hard to beat it with both hands and put it into eski. The ice that I bought at Salmon has been halved.

Departure in the moonlight without street lights.

Check at Lau Shui Heung trail entrance. Keep going up the steps of country trails for a couple of hundred metres to the R/W split. Wimps carry on Lau Shui Heung trail after passing Wilson Trail Section 9 junction and then merge together with rambo trail. At a gazebo, check was marked behind the wood board, it was mentioned by hare at briefing, the check for four directions. Of course, Liberace checked all three trails with T. Soon COTD, Mango Groove and Stingray caught up and went to the fourth trail marked “on on”. It was a so-called virgin trail by Eunuch. A beautiful 500m shiggy downhill brought us back to Lau Shui Heung campsite where we saw Golden Balls walking backwards by himself.

We all got back to Lau Shui Heung Reservoir except Penile Dementia. As soon as he arrived, he needed to head back to Hok Tau barbecue pits where he mistakenly parked his car. When he finally returned, we welcomed him with a surprise birthday song but he was probably too tired to remember his birthday. —Catch Of The Day

I Don’t Believe You!

This weeks run was set by hash stalwart Luk Sup Gow, from his house at Pak Tin Kong Village, Lam Tsuen. After finding the start using the very useful location marker on WhatsApp this weeks scribe was second to arrive along with Stingray, and as we entered the house of LSG and Beer Tits who should we find perched nicely on the sofa with a can of lager…Gunpowder Plod, who had turned up early to watch the rugby. After having a quick look at baby Cassandra and after Eunuch and Liberace had sorted the ice and drinks it was time to set off. LSG had left us early to set some more of the trail so Beer Tits was left to give instructions…”follow arrows and the start is the way you came in.” Most of us could manage to follow these simple instructions all apart from Golden Balls and QT who turned up a bit late and then did a never ending loop around the back end of the village.

The first part of the run led us out of Pak Tin Kong towards the fields at the back. Simple enough although Liberace continuously and as usual lost trail numerous times leaving returnee Dram and Serbian Bomber to call correct trail. After a few checks in the village we quickly went off road into the first shiggy section. Even though this shiggy was head high it was relatively easy to get through as the hare had conveniently placed paper every 10 yards. We huddled together in the shiggy, Liberace at the front, Penile Dementia bringing up the rear, until we reached an opening and a three-way check. After some messing about we headed right, through a metal gate and then out passing some houses before sighting the hare sitting on a concrete block drinking a bottle of Somersby Cider.

The trail carried on straight towards  the rambo / wimps split. Most did the rambos which went to a check at the base of Lin Au and then right and up and up. This climb never gets any easier but once we got to the top we were rewarded with nice running trail along the top, through some dense shiggy before passing a trig point and then down.  Eventually we came out onto a path that led straight and back up another hill with Eunuch leading the way. As we left the hills for the last time a two-way split was crossed out and a massive “on on” was written on the ground with an arrow pointing the correct way. Now it seemed that somehow Eunuch managed to inadvertently miss this mark so he ran back telling Liberace where to go. However, Liberace, who clearly saw the markings and the on on suddenly proclaimed “I don’t believe, the trail must be this way and promptly ran back along the same section Eunuch had just come back from. Eunuch stood open mouthed as he watched Liberace run away from him, his light getting more faint and his shouts of “are you…are you!” getting lower and lower as he disappeared into the distance, completely off trail.

The correct trail led us out onto a long stretch of new road where we came across a man flying a drone. “Your friends went that way,” he stated whilst pointing right. A short run up and behind Pak Tin Kong and cold beer at last. The trail was about 5.5 kilometres and everyone got back within an hour and a half. Back at the buckets, QT had arrived and after we had all had a drink or two, time for the circle. As usual the circle was a noisy affair with down-downs flying left, right and centre…of note should be Phillip who was given a beverage for being co-hare. After the down-downs Beer Tits had prepared a chilli, which went down well and then it was time to end the evening. Must say this was a superb run that was organized by the Gow clan. Many thanks. On on. —Mango Groove