Hare: Geriatric with Catch of the Day 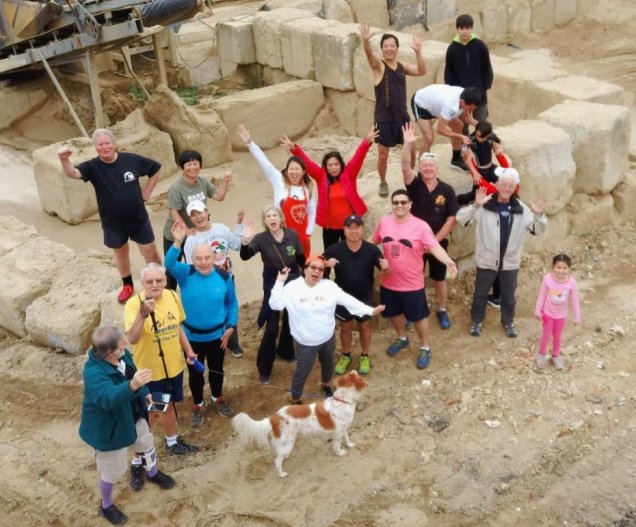 Oh what a day for a run and oh what a start location, Kin’s new Farm and Short-stay (hourly and daily rates available but no toilets – “do it on the veg” says Catch of the Day). It was a great run, great weather but so many questions, so I thought I best address them.

Stunt Double wanted to know how long the run was; well as you can see from the track below, it was around 5.3km long but there was some confusion at the check on the Kong Nga Po hill top where Geriatric got his markings in a tis. (A polite way of saying screwed up -Ed). 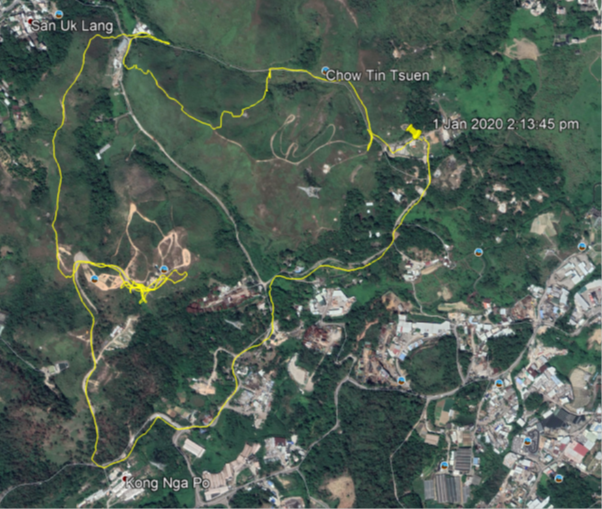 The initial part of the trail passed through Catch of the Days’s greenhouses. Liberace asked “What is hydroponic farming??” The word hydroponic comes from the word hydro – water and ponic – noise. It is a form of growing plants in a waterborne environment where the plant receives nutrient from flowing water and a positive growing environment from the sound of flowing water. It is important to harvest the plants when they are young otherwise the volume of water increases due to poor moisture control with the older plants. 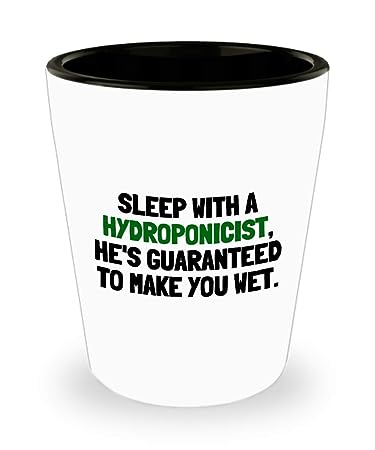 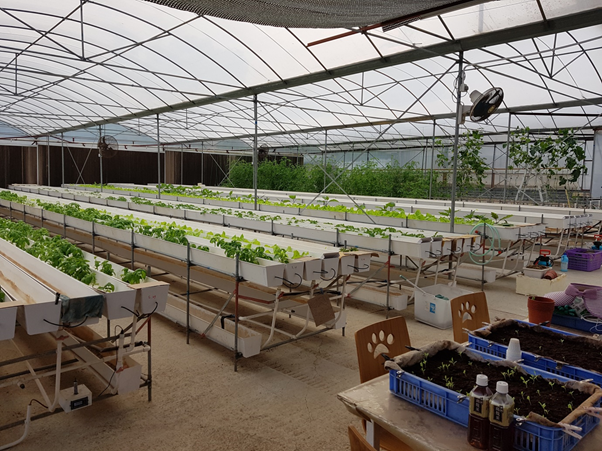 After passing through the greenhouses, we approached the first check, Radio One found the trail but noted that there were concrete paths and old abandoned structures; what had this place been used for? A good question and one that can be answered by looking at the 1950 maps of the area. It used to be a brick works, hence the sides of the valley had been excavated for clay and areas prepared to dry and fire the bricks. 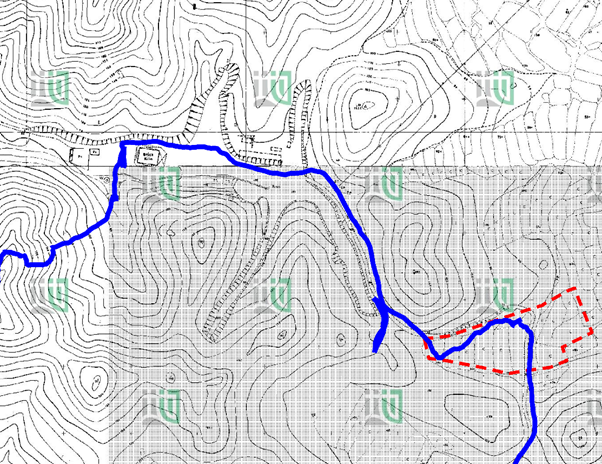 To some it may be interesting to note that on the 1974 aerial photo of the area, there are brick works in both the valleys and these remained in operations until the late 1980.

As we climbed the first hill, beyond an ostentatious grave, Eunuch noted that the hills were “clean shaven”, I don’t understand the reference but he was correct. Again looking at the older aerial photos, the areas used to be monochrome and covered with trees, but with the arrival of colour in the 1980’s the hills realised they looked a little overgrown and decided to clean up their act to make them more attractive to hill loving folk. Thus, the bushes were trimmed and vibrant colours were adopted. 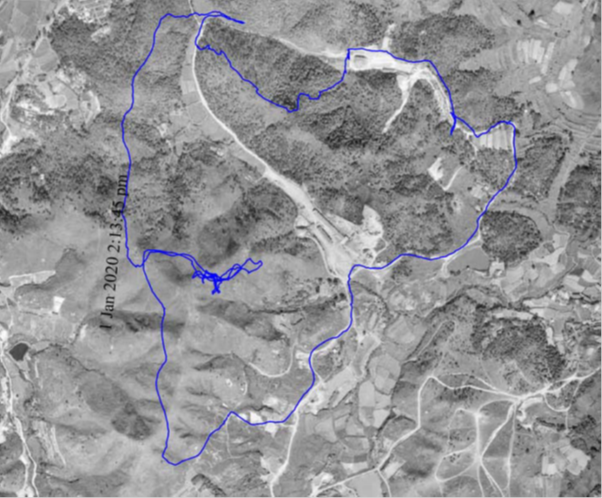 As the trail approached Kong Nga Po, we came across a series of flat platforms and large tracks, the later created by the tyres of four-wheel drive vehicles, the area being popular with the sub-culture of middle aged men with nothing better to do on a Sunday morning. As we explored the area Farty Pants questioned the purpose of the flat platforms; were these landing pads for alien craft? Possibly, but the official explanation found in Government documents is that it is a borrow site created between 1980 and 1990 during the construction of the Kong Nga Po Road. So there. No UFOs!

Ever alert, after spending 15 minutes searching for a trail that was not there, the GM noted that the markings followed the access road to the main road and back to the start. His eagle eyes spotted notices placed all over the hillside, but what were they for? A question that can only be answered by someone with an inside knowledge of Government process or access to the internet. It would seem that a contract has been let for the site preparation of a new Government facility. No doubt BJ is salivating at the prospects of digging up the hills and covering them with concrete, all for a good cause. But what is the facility? It is a new Police training facility. And who was the technical adviser for this new setup? Yes our very own Gunpowder Plod! No doubt he will deny his involvement, but his fingerprints are all over the plans. who else would need a ‘skid pan’ and ‘straight driving training area’; only a Jaguar driver. 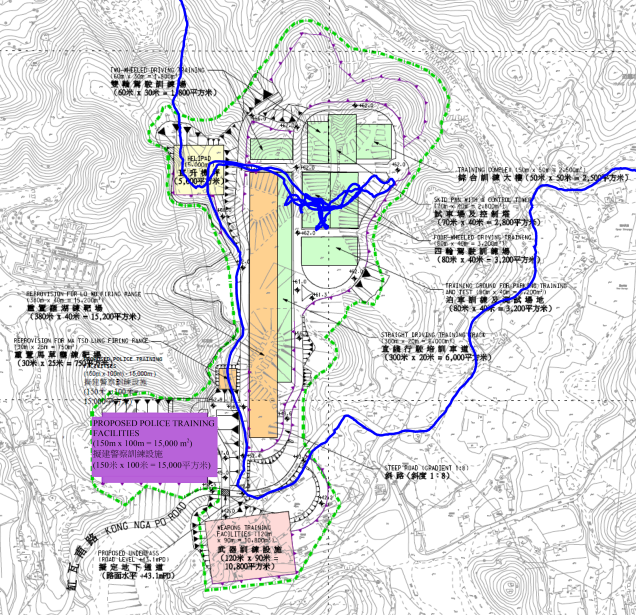 Construction works are due to commence in the near future, preparing the 19 hectares of land, building a 100m long bridge and 1.7km of new access road.

For a project of this nature, there will be a significant amount of spoil to dig up and move around, thus it was timely for G-Spot to take a refresher course on driving a mechanical excavator but he will need to learn some key elements of the job, notably how to turn the bloody thing off! 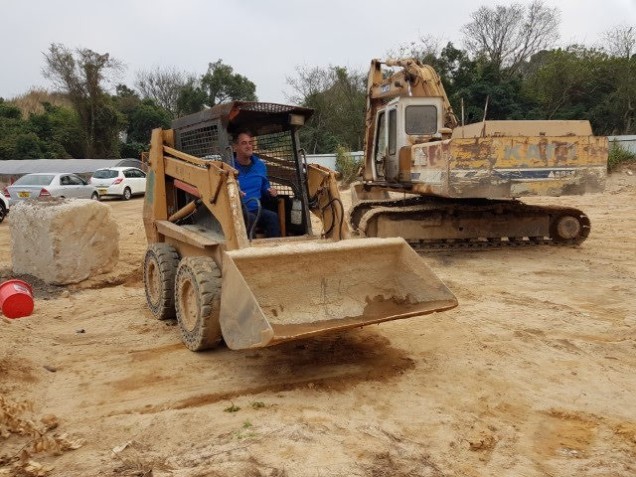 There followed a great circle with warm sake, cold beer and tasty Japanese sushi along with some Japanese bondage/drinking games dreamed up by Catch of the Day, directed by Gunpowder Plod and won by the GM. And last but not least, an unforgettable Learning with Libs explanation of why Japanese men nowadays have half-size cocks.

OnOn to Next Run: 8 January in Tai Po with Bunter…