The WINO (Webshite In Name Only)***: Gunpowder Plod

The Preamble: This week’s run was difference to traditional N2TH3 runs. Usually we run in the New Territories, but Mango set this run in Kowloon, at Ngau Chi Wan, probably because he was the hare for a lesser hash on Monday and didn’t want to spend time setting a different twail. The lazy guy just repeated the same twail for us.

About 6:45pm to 7pm, we were almost all present, except for Golden Balls who  came late. So we could start at 7.30pm sharp (except One Eyed Jack and Penile Dementia, who set off before the normal start time).

The Amble: After Mango gave a short briefing, the pack dashing up to Wing Ting Street and took a left to Ping Ting Street. After a long set of about 500 steps on the right we were directed to Hammer Hill. I was the front runner as usual when came to the first check, but l still got it wrong even though I had already done the same twail on Monday.

I ran straight up the steps for a long distance and found l was in the wrong when l heard QT calling twail from the bottom. When I ran back to the right twail, the pack were almost all in front of me. We ran to a shiggy path in the middle of the hill and were directed to somewhere near Diamond Hill.

No longer last l overtook all of the pack and led them down the long shiggy path, which ended up at the main concrete road. I clearly saw some concrete steps up to the fence and a great hole that you can go through. I got through the fence and ran down the main road, Fung Shing Street. But there were two blind people, Radio 1 and Stingray, who didn’t see the hole and continued into the shiggy searching further for twail.

It made them waste more than five minutes in the shiggy. Finally they found the hole then short cut back to the circle, complaining to the hare of no marking! Other than them, Eunuch, Creme Brulee, Geriatric and Velcro Lips also wimped back.

Back to my twail. l ran down Fung Shing Street and met a wimps/rambo split at the junction beside a petrol station. I also checked wrong by chasing flour straight up the main road only to find a reverse arrow marked “on home”. Then l ran back to the W/R split and found the real twail along the invisible path beside the petrol station and marked by tissue paper.

Chasing the paper into Diamond Hill Cemetery, I caught GM QT again when he ran around the cemetery. Running through the cemetery, we met the concrete Po Kong Village road and ran along it down to join the W/R split again. Then it was along Ping Ting road back to the circle.

The Postamble: When we got back there was Eunuch, Creme Brulee, Geriatric, Penile Dementia, Stingray, Radio 1 and Golden Balls, who came late and did his own thing. They were all drunk on beer already.

One Eyed Jack had left early as usual. It’s like he didn’t do the run because no one knew he’d been there. Velcro Lips got back after l’d finished a can of beer and complained that no one had marked the checks. Back To The Future was last. She did the whole rambo trail and said she was very scared when running through the cemetery alone.

The Circle/Down Downs — can’t remember so many. Some of them were:

Mango — setting the same trail as he did for Kowloon Hash. No clear marking of the W/R split.

Liberace — getting the check wrong even though he’d done the same trail before. Not marking checks for Velcro Lips.

Back To The Future — Red Lantern.

Golden Balls — late. And doing his own run.

The OnOn: was in the daipaidong nearby. GM, Bunter, Mango, Stringray, Velcro, Penile, Geriatric, Liberace, GB and Radio 1 all went along, a total of 10 people. According to the Covid-19 law, gatherings of more than eight are not allowed. So Golden Balls and Radio 1, who were last to the daipaidong, reluctantly went for Korean barbecue somewhere else.

*** Ref WINO (Webshite In Name Only): Observant Hashers (Uh?) might have noticed that ONE WEEK BEFORE this run, a photo appeared with the Run Notice:

It was not quite this one but similar:

Your WINO then received a complaint so (after much grumbling) your WINO replaced it with this:

However, much to my astonishment, this innocuous pic was itself censored by our GM/Gauleiter-in-Chief (given access only to sort out/further fuck up this atrocious Word Press bollocks) and replaced with: I think I might have to resign – when is the AGM?

Find out where our Next Run is and how to get there. Information is normally posted the weekend before the run, but sometimes later, so keep checking back if you don’t see anything, or contact us. 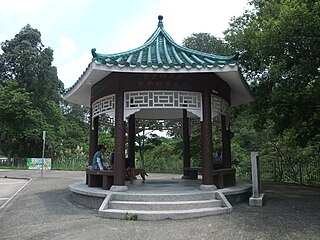 HARES: Catch of the Day and Back to the Future 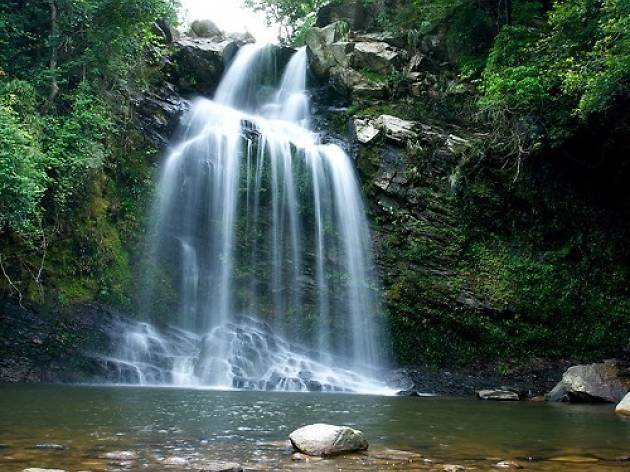 WEBSHITE’S COMMENT: Legend has it that a bride (Carried Lam) was being carried in a sedan chair by four porters on her way to meet her groom in stormy weather.

The Official Version: As they passed the pool, one of the porters slipped and the bride fell into the pool and drowned. Therefore, the pool was named Bride’s Pool in memory of the bride.

The Truth: The bride was an ugly, miserable shrew foisted on the cute young groom by a despotic northern step-mother Cixi. The groom bribed the eunuch porters to do her in so he could elope back to the future with his sexy sweetheart from the Ho clan, his true catch of the day. 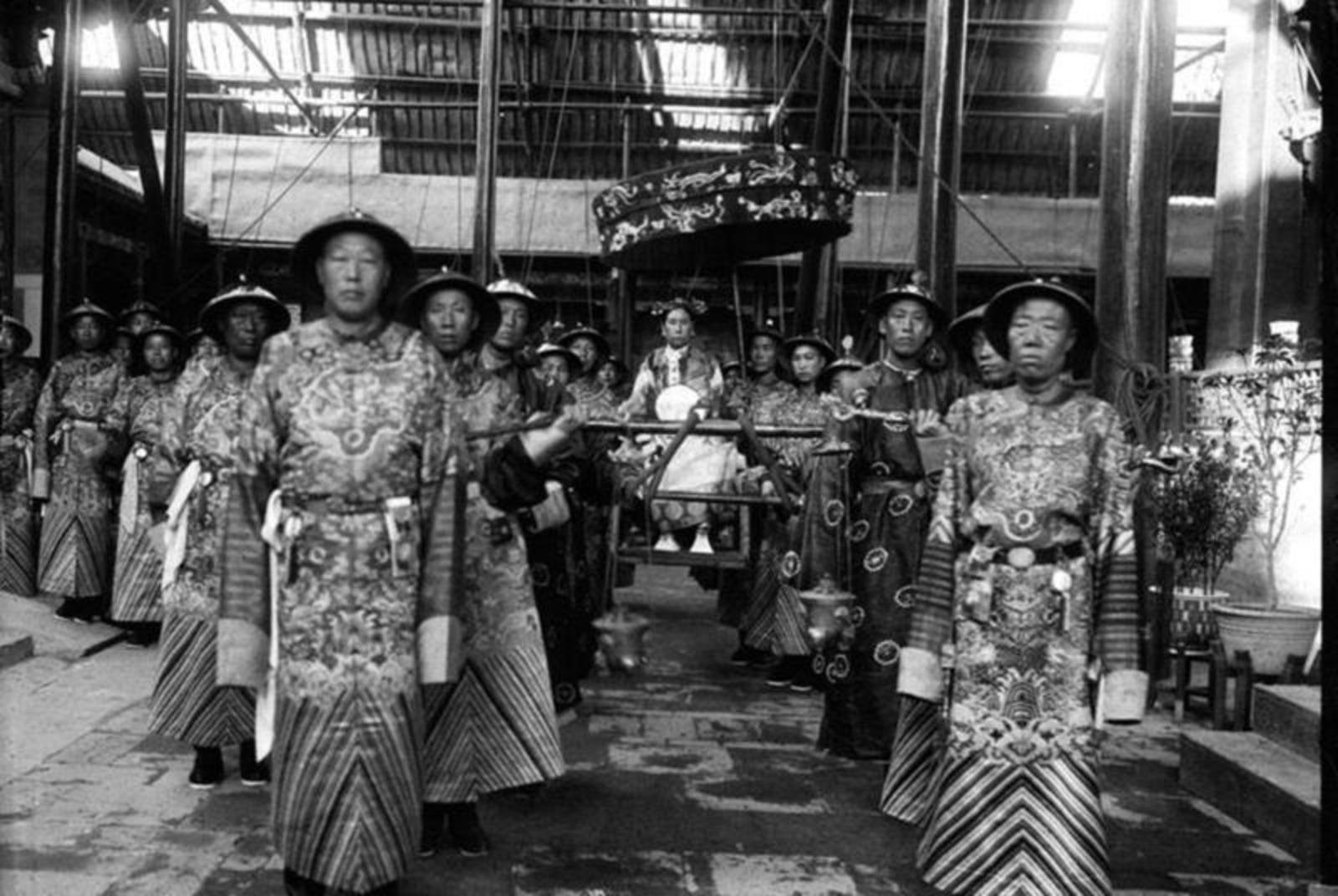 It’s all in the spelling…

The Preamble:
There will be sausages and a fire. We were promised sausages which ensured a good turnout for the hare’s YOB run. We were told not to park where the hare’s car was parked as it was,”nonsense parking”. Uh oh, that sounds ominous.

After figuring out the parking the pack assembled in the BBQ. There was a great
turnout obviously enticed by the promise of sausages. Nice to see Stuntdouble and Hoover on their first N2TH3 hash for a very long time.

The Run:
We were promised a nice flattish run with no shiggy. The pack set off and the confusion
began at the next BBQ area, which had what looked like a check, but was a N2TH3 start
marking crossed out—-obviously the hare had changed his mind at the last minute. On on was found and the pack were kept together for the first part of the run.

After a lot of climbing up there were distant calls of ,”Are you? Are you?”—Liberace of course running around like a headless chicken at checks. The rambos split off to face another steep climb, whilst the wimps had a nice run up and down back to the BBQ pits.

The Finish: Back at the finish all runners came back within a short period of time of each other —apart from Eunuch who disappeared off to take his car home, as his car had had problems on the steep hill ,when he arrived at the run. (Luk Dim Bun II? – Ed)

A fun circle was run by the GM QT and then it was sausage time! Many thanks to the hare for providing these for the pack. Runners sat around the BBQ pit drinking beer and red wine for quite a while after the circle finished, enjoying a good chat.

Poncescript: Ponce of Darkness decided he would do the run the next day ——but I think the monkeys had enjoyed the flour markings too much and he didn’t follow the trail.

This is the hare’s map of the run Blue is wimps and red is rambos –just under 8km: